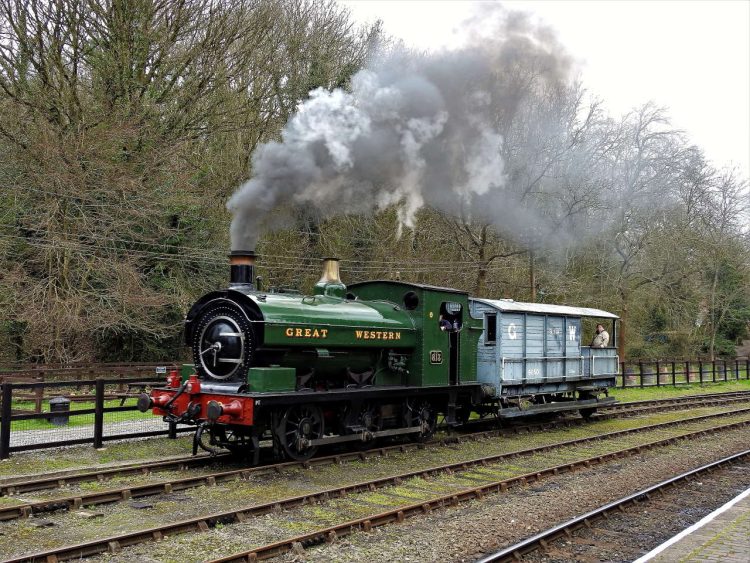 The Severn Valley Railway is offering visitors a rare chance to go behind the scenes when it opens its 2022 season.

An Open House Weekend on 2nd and 3rd April opens the railway’s season when visitors can look behind the scenes into areas that are rarely accessible to the public such as its workshops are open to the public.

A number of experiences will demonstrate what it takes to run the railway day-to-day, including:

On the line, a four-train service will operate to ensure visitors can stop off at all stations. At Highley, visitors can take short in a brake van for a back-to-basics experience inside one of the railway’s more functional vehicles.

The railway has also partnered with local company Wyvern Omnibus to transport visitors to the hidden gem that is the station at Eardington Halt. Here there is an unrivalled selection of heritage lamps and an original 19th-century station building.

At Kidderminster station, alongside the rumble of engines and the noise of locomotive whistles, a selection of brass bands will welcome ticket holders.

After the Open House Weekend, the railway has a large range of events planned for the start of its 2022 season. These include a Spring Steam Gala, Step Back to the 1940s, Spring Diesel Festival, and a four-day celebration for The Queen’s Platinum Jubilee between 2nd and 5th June.

The SVR captured public attention recently when it announced it will be painting Bulleid West Country Pacific 34027 Taw Valley purple in commemoration of the Queen’s Platinum Jubilee and the Birmingham 2022 Commonwealth Games.

Michael Dunn, the SVR’s head of visitor experience, said “All of the SVR’s award-winning pubs and refreshment rooms will be open across the two days. The return of the Open House Weekend is the ideal way to start our 2022 calendar.”

“By offering a behind-the-scenes look at the railway, we’re hoping visitors will be inspired and amazed to see how we make everything work. The opportunity to go backstage at an operational railway really is a one-of-a-kind experience.”

The Severn Valley Railway is once again offering on-train dining with a first-class menu created by the railway’s...