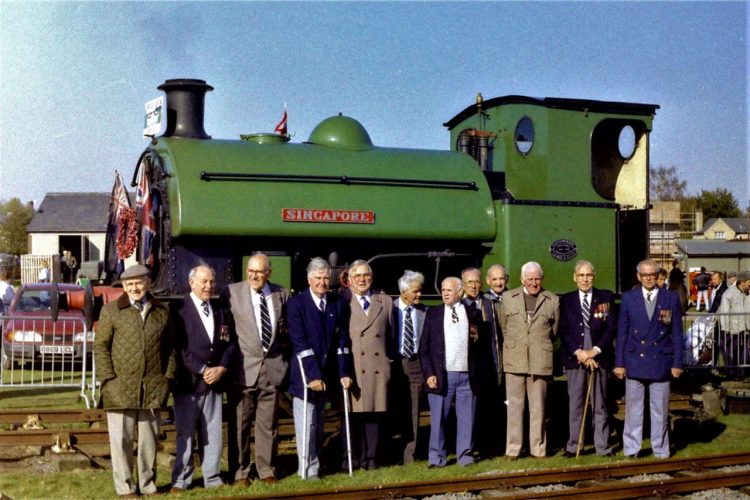 Rocks by Rail, The Living Ironstone Museum have launched an appeal to raise £40,000 for Far Eastern Prisoner of War Steam Locomotive Singapore’s overhaul.

The small-sized community based industrial railway museum is run by volunteers based close to Cottesmore in Rutland and is an educational charity that owns the Far Eastern Prisoner of War steam locomotive Singapore.

The locomotive was built in the UK in 1936 before being delivered to the Royal Navy Dockyard in Singapore. On the 15th of February 1942, the locomotive alongside 80,000 allied servicemen became prisoners of war to the Japanese upon the Fall of Singapore.

Often found working alongside parties of prisoners unloading ships in the dockyard, the locomotive was repatriated in 1953 and finished its military service at Chatham Naval Dockyard in 1972. The locomotive was later preserved in Rutland from 1979 and is now a registered UK war memorial to FEPOWs and was restored to full working order in 1998 and last steamed during 2008.

The overhaul of Singapore as a working war memorial was underway but sadly a few years back thieves broke in and stole parts of the loco valve gear creating a substantial setback for the project. To remake replacement parts to enable other repairs to get Singapore back in steam are going to be very expensive for the museum but the team of volunteers intend to push forward despite the fact that the associated costs are now much higher.

The museum has now launched a public appeal in order to fund the work needed for Singapore and to see it back on the track rather than as a static exhibit. With a target of £40,000, any donations by way of cheques will be welcomed and need to be made out to Rutland Railway Museum and can be handed in at the museum , see https://www.rocks-by-rail.org/ for details.

Passengers travelling with Southeastern are urged to check travel plans as staff members affected by Covid.

Rocks by Rail, the Living Ironstone Museum based in Cottesmore, Rutland have announced that they are postponing the...