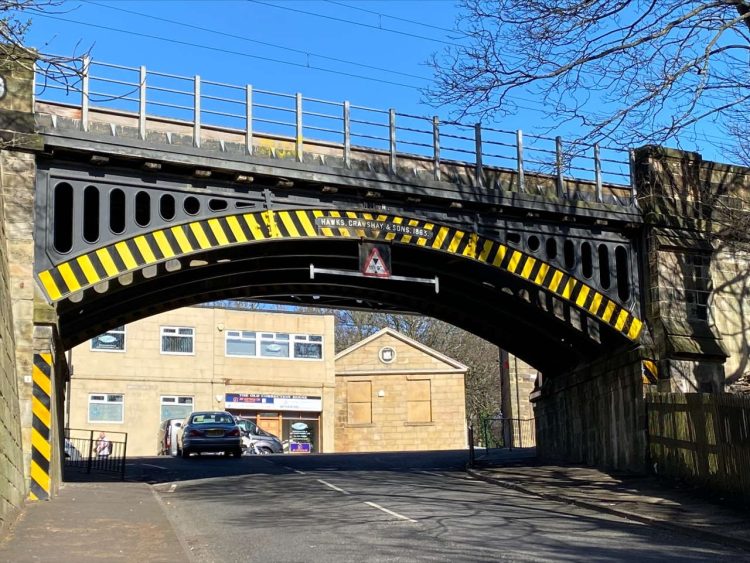 The bridge will be replaced from the 16th to the 29th of July and will see a major line closure put in place for one of Metro’s busiest routes.

The Tanners Bank Bridge is situated on the Metro line between Tynemouth and North Shields and its brand new replacement which will be constructed in its place, will provide more space and will allow improved bus links and road freight for North Shields Fish Quay.

Nexus who own and run the Tyne & Wear Metro have been working in a partnership with North Tyneside Council to bring vital improvements for the key road into the Fish Quay.

The project comes as part of a comprehensive regeneration plan for North Shields and will also see the Metro running reliably into the future.

The project has received funding of £2.7m from the Department for Transport’s Highways Challenge Fund, £300,000 from the Metro Asset Renewal Programme and £103,000 from North Tyneside Council. Once complete, the project will see clearance under the bridge increased which will support both large HGVs and double-decker buses providing access in and out of the fish quay.

The bridge replacement will mean a 14-day major line closure from the 16th to the 29th of July. A replacement bus service will be in operation for Metro passengers throughout this period.

Tanners Bank Bridge also needs renewal due to its age, its original construction was for a line that opened in 1839 and was said to have been the world’s first commuter line.

“I am delighted that yet another part of North Shields regeneration will soon be underway. This new bridge is a vital upgrade to the Metro system and raise the current space below by 1.5 metres, allowing better access for buses under the bridge leading to and from North Shields Fish Quay.

“The work is being carried out by Nexus and supports our North Shields and Fish Quay Masterplan, which aims to create a smaller, more vibrant, and connected town centre.”

“We are investing £3m in the complete replacement of the Tanners Bank Metro bridge, which carries 173 train services a day between Newcastle and North Tyneside.

“This bridge is a vital part of Metro’s infrastructure which now needs to be replaced. The current bridge was built in 1853, and has served Metro for 41 years since we took the line over – but this summer is the right time to replace it.

“The new structure will ensure that we can run trains in this area for many more generations to come, and the new one will allow greater clearance above the road so that more buses and commercial vehicles are able to get down to North Shields Fish Quay.

“This is a major project that dovetails nicely with the exciting plans North Tyneside Council have to regenerate North Shields town centre and Fish Quay.

“This is a big engineering challenge, and when the work takes place in July it will be the fourth Metro bridge that we have completely removed and replaced it in this way since 2010 as part of our modernisation programme. The new bridge deck will be lifted into place using a specialist heavy duty lifting rig during a major line closure in July.”

Lancashire based specialist engineering firm Taziker will be undertaking the work on behalf of Nexus to install the brand new Metro bridge at Tanners Bank.

“With over 50 years’ experience in construction and engineering, Taziker is an experienced, multi-disciplined engineering specialist; ideally suited to deliver this challenging project.  Our skilled people are already immersed in the planning stage, where a significant amount of innovation is being explored, and have started creating great collaborative relationships with Nexus, with whom we look to build a mutually rewarding experience for the benefit of the people and businesses of the North East.

“From design, to fabrication, through to installation, we’re looking forward to delivering this project to ensure that this important infrastructure asset is in a strong condition for the future.”

The stylised comic book will be made to recognise the incredible work the frontline staff of the Tyne...