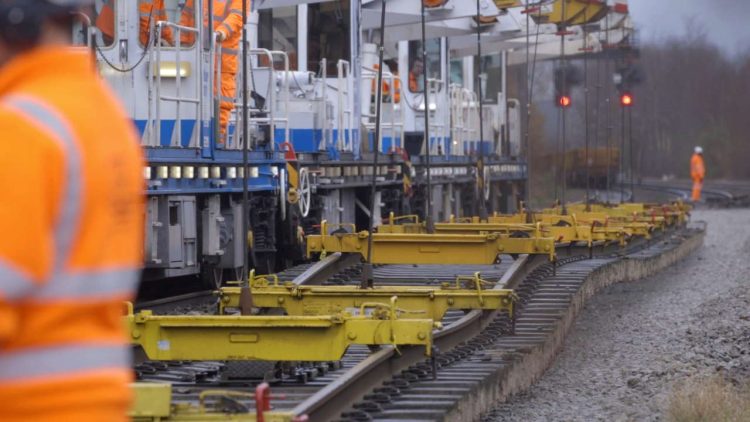 Vital work to improve journeys for passengers and freight for a major route into Birmingham is now complete. The work was carried out from the 19th to the 27th of February and saw alterations made to track and lineside drainage as part of an ongoing long-term program of improvement for the network, including preparation for HS2.

The work which was carried out between Birmingham New Street and Coleshill Parkway has seen:

Following the completion of the essential work, CrossCountry Train services are now running as normal through the Midlands.

The upgrades to track have seen a rail industry first using six specialist railway ‘track removal machines’ connected to shift a massive half kilometre section of track in one go.

This feat was made possible thanks to new ‘4D’ computer planning facilities which meant that engineers could simulate the lift and movement of the track ahead in order to see if it was possible and could be carried out over the short period of time available to them.

The essential upgrades will provide more reliable journeys for passengers using the well-used route in and out of Birmingham.

Patrick Cawley, director for ‘On Network Works’ for Network Rail and HS2, said:

“I’d like to thank passengers and local people for their patience while we completed important upgrades between Birmingham and Coleshill Parkway stations which are needed to prepare the network for HS2.

“The work is the first in a series of upgrades in this area which will pave the way for more reliable journeys and help build the railway for the future.”

“Managing upgrades while running a reliable service is never easy. However, these upgrades will help to future proof our railway for the next generation. We worked hard with industry partners to minimise any inconvenience to customers. The alternative rail-replacement services were well received and a number of customers have got in touch to say that their journeys went a lot more smoothly than they had anticipated.”

The next major stage of the project between Birmingham New Street and Water Orton will see the demolition of Saltley Viaduct and will take place during August 2022.

Network Rail will work closely with CrossCountry Trains in order to keep passengers up to date with changes to services.