Investigation into heritage of steam locomotive Locomotion No. 1 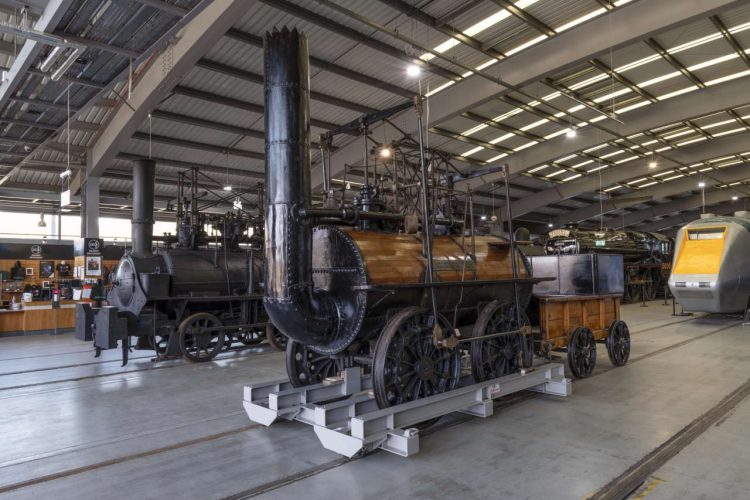 An investigation is underway to discover the heritage of Locomotion No. 1, an icon of early railway development.

The investigation is being led by Dr. Michael Bailey, a world expert in early railways, and his colleague Peter Davidson. They will endeavour to find the evidence that allows its components to be dated, and to find out how much of the engine preserved today has survived from the original engine constructed in 1825.

It is estimated that the research will take between six and eight months to complete. Most of the time will be spent in producing drawings, most of which will be completed by Mr. Davidson, with occasional visits to investigate the locomotive physically.

Dr. Bailey and Mr. Davidson’s investigation will involve both detailed in-person study of the locomotive and in-depth archival research. To obtain as much factual data as possible, Dr. Bailey will visit the National Archives at Kew, as well as archives in Newcastle, Durham, and Darlington.

Locomotion No. 1 was the first locomotive to be used on a steam-worked public railway when, in 1825, it ran on a return trip from Shildon to the port of Stockton. Locomotion started that journey near to the current Locomotion site.

During the investigation, visitors will still be able to see the 197-year-old locomotive at Locomotion, Shildon, and any physical investigation of it will not damage the engine.

Dr. Bailey has previously carried out numerous similar investigations on locomotives such as Rocket, the Hetton Lyon, and Killingworth Billy. Through his investigations, he has both proved and disproved long-standing theories and stories associated with these engines. This is the first time a project such as this has been attempted on Locomotion No.1.

Speaking ahead of the project, Dr. Bailey said: “Locomotion No. 1 was the first locomotive to be preserved out of sentiment and as a result shows that there was some understanding that the railway industry had been very successful, despite it only being 1857. Ever since it has been on display in Darlington in various locations.

“However, what is not clear about the engine is how much of what we look at today has survived since the day it was made and how much has been altered. We already have a number of theories that have formed, and this investigation provides us with the opportunity to test those theories so that we can help the National Railway Museum and Locomotion best inform their visitors about what they come to see.”

Dr. Sarah Price, Head of Locomotion, said: “We’re delighted that Dr. Michael Bailey and Peter Davidson are beginning their investigation of Locomotion No. 1. This engine has such a rich history associated with it and we are intrigued to see what they uncover in order to better our understanding of our collection.

“The investigation is happening during an exciting time for the museum with our Vision 2025 project starting to take shape. Our plans for a new collection building have recently been unveiled and show the planned transformation of our site. Celebrations for the bicentenary of the Stockton & Darlington Railway are also around the corner, and Locomotion No. 1 will form a key part of those.

“Durham is bidding to be the UK’s City of Culture in 2025 and as a museum, we are proud to support that through our historical exhibits and cultural impact.”

Streaming this Month on RailAdvent Plus – the Ruislip Lido Railway