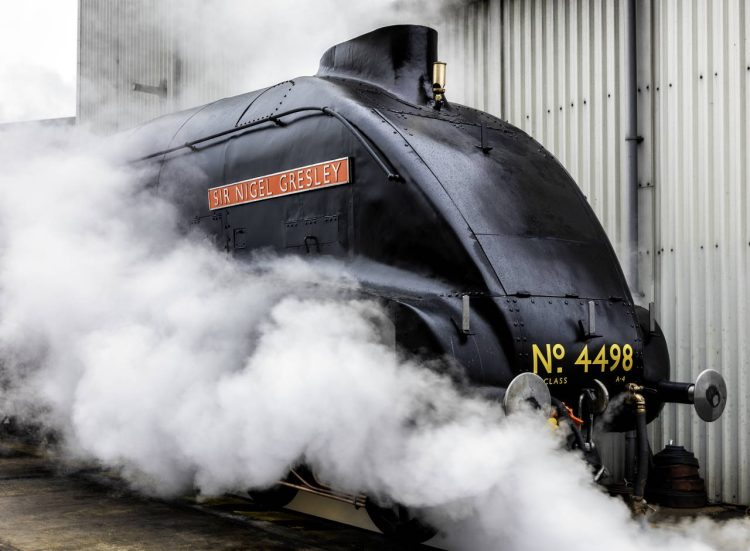 The Sir Nigel Gresley Locomotive Trust has announced that a steam test was held this week at Locomotive Services Group in Crewe.

The test was successful and the team are now working hard to prepare the locomotive for its running in tests at the Severn Valley Railway, which are due to start next week.

60007 will be run in wearing its distinct LNER Wartime Black livery, which is to be used for running in before returning to Blue later this year.

After its recent overhaul at Crewe and York, 60007 Sir Nigel Gresley is to arrive at the Severn Valley Railway next week for running in (as previously announced on RailAdvent) and will stay a little longer to star at the Spring Steam Gala.

We can’t wait to see 60007 back in action! Let us know your thoughts in the comments below.