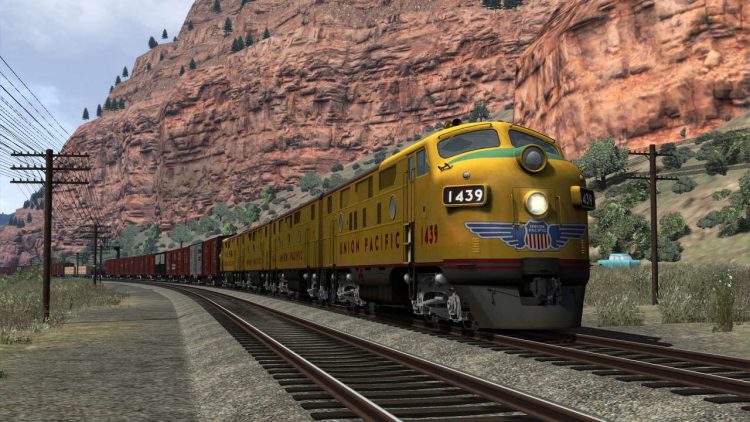 Dovetail has released a DLC pack for Train Simulator 2022 that features Electro-Motive’s classic F3 streamlined diesel in the liveries of nine railroads.

Between 1945 and 1949, over 1,800 F3s were built at Electro-Motive’s factory at LaGrange in Illinois. They were the successor to the EMD FT, and eventually operated on 50 U . railroads across the North American continent.

The new pack includes both the F3A cab unit and accompanying F3B booster, detailed with meticulous authenticity, and offering a range of customisable options. It also features ultra-realistic air brakes as developed by Mike Rennie of Smokebox.

A selection of boxcars in 14 authentic and colourful paint schemes are also included in the pack, as well as road-specific cabooses in eight realistic liveries, and a tank and flat car with multiple loads. Four career scenarios are included in the pack for work on Train Simulator’s Union Pacific Wasatch Grade: Ogden – Evanston route, with the route available separately.

The Union Pacific F3 is an extensive and highly detailed pack, and players may need to adjust their in-game settings to get the best possible experience; the use of 64-bit Train Simulator is also recommended.

Dressed in Union Pacific’s beautiful and timeless armour yellow, grey, and red livery, UP F3s are provided in both standard configuration and equipped with the railroad’s distinctive, and large, snow plough. The F3s included in the new DLC also feature customizable details.

You can find out more at https://store.steampowered.com/app/1869390/Train_Simulator_Union_Pacific_F3_Loco_AddOn A free update will allow users to share liveries and scenarios as the Creators Club Beta comes soon...