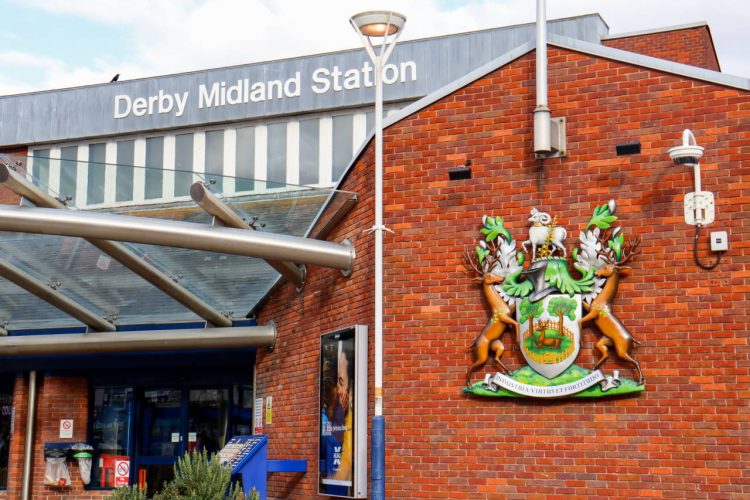 Derby has formally launched its campaign to be the new home of Great British Railways (GBR).

Great British Railways will be the new public body responsible for running Britain’s railways. Working with the Government and across the rail sector, GBR’s aim is to deliver the most ambitious changes to the railways in a generation. It will integrate the railways across the country; own the infrastructure, collect fare revenue, run and plan the network, and set most fares and timetables.

On 4th October 2021, the Secretary of State for Transport announced that the headquarters would be based outside London, and a competition would take place to find the most suitable location for the headquarters. Among the criteria that will be used to decide the winner are historical ties with railways and good train connectivity to other places.

Derby has 180 years of railway heritage and a deep-rooted culture of future rail innovation, which makes it the ideal central location for the new headquarters. The city’s bid has the backing of councils across the East Midlands, including Derby, Derbyshire, Nottinghamshire, Nottingham, Leicester, and Leicestershire. Together, these councils represent over three million people from across the region. 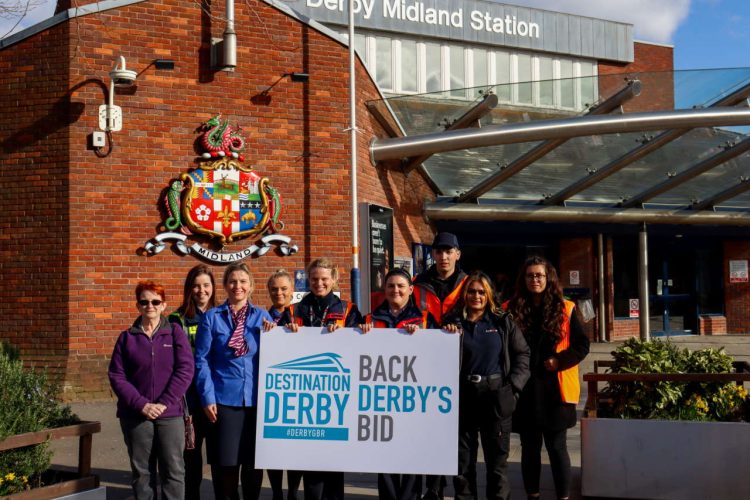 “Rail is in the blood of many generations of people in Derby, who are naturally proud of our rich and deep-rooted rail heritage. My own father spent the whole of his working life at the Derby Loco Works and the smell of engine oil still lingers strong in my memory.

“The home of the railways should also have an eye to the future and this is where Derby can excel. It is a centre for rail excellence and innovation, with a strong supply chain to support a large, diverse rail cluster.

“We are the natural home for the first national headquarters of Great British Railways. Derby and all our partners in the East Midlands makes us the best placed region to meet GBR’s requirements and levelling up needs.”

“Derby has a near 200-hundred-year legacy as being the centre for the rail industry and geographically sits in heart of UK rail network.

“Rail is embedded in our culture and as a city we’re home to Europe’s largest and most diverse rail cluster.
“We have a highly skilled and talented workforce, as we’re home to leading innovating businesses, including Alstom, Rolls-Royce and Toyota.

“The move would offer a unique opportunity for the Government to collaborate with the rail industry, as well as supporting the levelling up agenda for the city.

“With backing from our people and our Local Authority partners across the East Midlands, we’re determined to prove that Derby is the right home for GBR.”

Will Tanner, Communications Director at Alstom UK and Ireland, said that Derby was well placed to support the Government relocation.

“The business and national strategic case for locating Great British Railways in the city is very strong indeed and we are delighted that Derby is putting itself forward,” he said.

“Alstom is the UK’s leading train builder and maintainer and is proud to call Derby home. The city has been building trains for Britain and the world since 1839 and its still doing so today.”

“We fully support the bid to bring the national headquarters of Great British Railways to Derby and believe it is the ideal location, not only because of its historic associations with the railway and the vital role it plays in the rail industry today but also its geographical position in the national rail network and proximity to the M1.

“The city and county are home to Europe’s largest cluster of rail engineering companies and it is the only place in the UK where you can design, test and manufacture a train all on the same site.

“There are around 11,000 people working in the rail sector in the area boasting a diverse pool of expertise including cutting edge research in conjunction with the University of Derby on rail de-carbonisation and composite design.

“As part of the levelling up agenda this would be a major boost for the East Midlands region and a real opportunity.”

‘’Derby is the obvious place to be the home of GBR, with its historic rail connections and proud heritage of manufacturing and engineering, including Alstom building trains that drive both the UK and also much of the rest of the world. I back this bid, my Council does in Notts too. The whole region is backing Derby.

“With four new HS2 stations, including Derby, and billions of new rail investment coming to our region, the new hub of Great British Railways must be in the East Mids. It fits perfectly with our plans to boost investment and infrastructure by working together across the region, and with new powers related to rail set to be handed down to our area from Government. GBR should come to Derby.’’

“The city of Derby is the natural choice for the headquarters of GBR and all the East Midlands region is behind the bid.”

“Derby is a can-do city that hosts one of the world’s largest rail clusters and I cannot think of a better home for the new Great British Railways.

“From a Government perspective, it makes business sense and locating these jobs in the East Midlands would also contribute to the levelling up agenda.”

A special livery has been created by the rail operators LGBTQIA+ Employee Network to celebrate Pride and support...