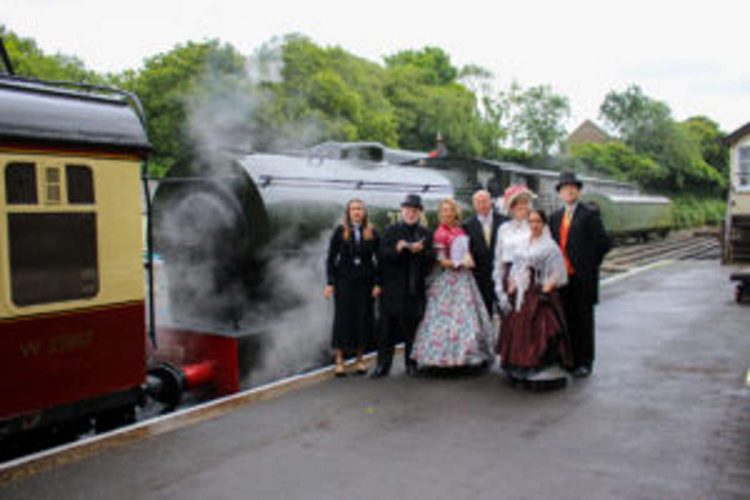 The Bodmin & Wenford Railway has beaten off stiff competition to take home the award for Large Groups at the 2022 Heritage Railway Association (HRA) Awards held on Saturday, 19th March at the Burlington Hotel in Birmingham.

Ffestiniog and Welsh Highland Railways General Manager, Paul Lewin, hosted the event and guest speaker was Tim Dunn, of railway documentary fame. Over 75 entries were received for awards covering almost every element of railway preservation in the UK.

The Bodmin and Wenford Railway won the award for Large Groups, which was sponsored by Allelys Heavy Haulage, for the work that it had done to transform its business operations post-Covid.

Marketing operations were totally revised to reduce costs, it changed its catering operations, and moved to pre-booked ticket sales. The changes brought a bumper 55,000 visitors to the railway, as well as sold-out Murder Mystery trains and Santa Specials.

Bodmin & Wenford Railway Business Manager, Julie Burley said “We were absolutely delighted to win the award. Especially as we were up against the likes of the Gloucestershire Warwickshire Steam Railway and the Great Western Society, both of which are much larger railways,”

Trains operate from Bodmin General, the principal station where free coach and car parking is available, to Bodmin Parkway station where connections can be made directly with main line railway services and Boscarne Junction, which is situated directly adjacent to the Camel Trail recreational footpath and cycle way. Passenger train services operate throughout the year, and regularly from late May to early October.