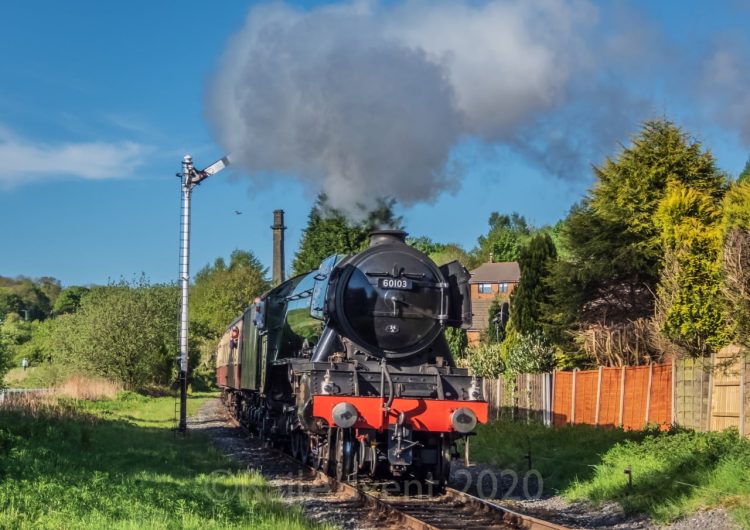 The Bluebell Railway has announced that they will be welcoming world famous LNER A3 No. 60103 Flying Scotsman to their railway in 2022.

After a successful visit in 2017, the Bluebell Railway will be welcoming back the locomotive to haul trains and dining trains in August 2022.

Flying Scotsman is set to undergo an overhaul in April 2022 by Riley & Sons – its visit to the Bluebell Railway will be one of the first opportunities to see the locomotive after its overhaul.

The 4-6-2 Pacific will haul non-stop services between Sheffield Park and East Grinstead between the 25th and 29th August.

Tickets for trains will go on sale on Sunday 1st May.

Sarah Price, Head of Locomotion said: “Flying Scotsman is a symbol of the grace, speed and style of the steam age and the world’s most famous locomotive is a fantastic ambassador for the National Railway Museum. Ahead of the centenary in 2023, we’re keen for as many as possible to see the newly-overhauled Flying Scotsman, whether at speed on the main line or up close at heritage lines and I’m sure the visit to the Bluebell Railway will be a great success.”

The featured image used in this article is available as a print on the RailAdvent online store. Click here for more information. This year marks 150 years since the first LB&SCR A1 Class locomotive, popularly known as the Terrier, entered...