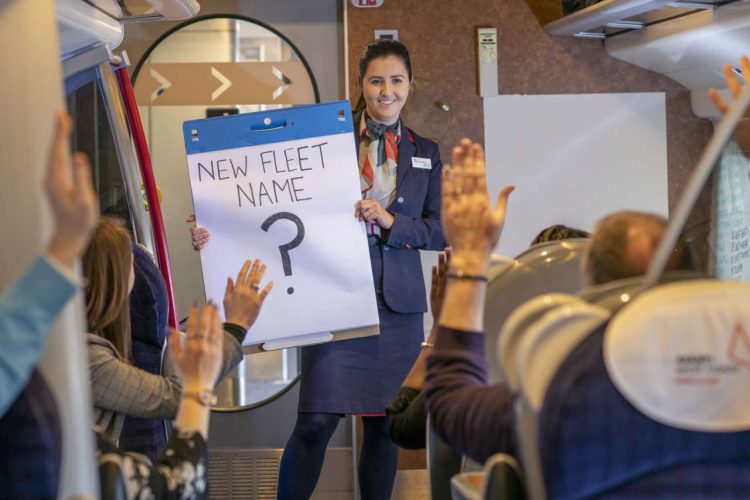 The ‘Trackathon’ saw guests asked to join in and propose suitable names for the new Hitachi Sets which will be coming into operation during 2023.

The trains which are currently being built at Hitachi’s factory in County Durham inspired the creative flow of those onboard a Pendolino which was heading to Manchester from Euston.

The train saw a carriage of dedicated guests keen to fashion the next generation of rolling stock set to work the West Coast Main Line.

Schwa, who are a global naming agency and were behind well-known brand names such as Ocado lead the session with the aim of coaxing ideas from the Avanti West Coast team and broader rail industry colleagues from Hitachi, train financier Rock Rail and consumer watchdog Transport Focus.

The £350m Avanti West Coast fleet will include 10 Class 807 seven carriage electric trains alongside 13 Class 805 five carriage bi-mode trains. The sets will be in place of the current diesel Voyager trains and will serve the West Midlands, North Wales and Liverpool.

“The reason behind this is because the name of our new fleet must mean more to our people, our communities, and our customers. It should stand for something bigger. A title that gives the world a glimpse of what we aim to achieve which goes beyond A to B.

“We want to inspire. A name that reflects the heritage of the routes we serve which is why we invited representatives of our network to bring a different spark and knowledge to this search.”

The new name will be revealed later in 2022 as the trains are expected to begin an extensive programme of testing.