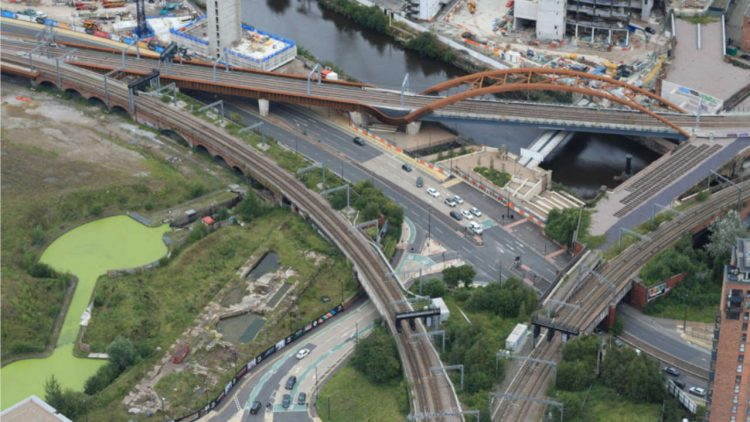 The improvement work will see track upgraded between Bolton, Salford Crescent and Manchester Victoria this month as part of the Great North Rail Project.

The £3.1 million investment will see the renewal of points, which are the moveable parts of the track that allow trains to move from one track to another. The vital work will provide smoother and more reliable travel for passengers throughout the North West.

The work is scheduled to take place each Saturday and Sunday throughout February and for the first weekend during March. During the work, trains will be unable to run and in order to keep passengers on the move, rail replacement buses will be running.

Journeys will take more time than usual and passengers are being advised to check their travel plans ahead using http://www.nationalrail.co.uk during the improvement work.

Northern and TransPennine Express will be running altered timetables through the work as follows:

“I’d urge anyone planning to travel into Manchester through Wigan and Bolton in February to check National Rail Enquiries to plan their journeys. I’d also like to thank passengers and local people in advance for their patience.”

Chris Jackson, regional director at Northern, said: “The work being carried out by Network Rail is vital and will provide our customers with an even more reliable railway.

“To allow track upgrades to take place between Bolton and Manchester, we will be running bus replacement services on weekends until early March and are asking passengers to check the details of their journey on www.nationalrail.co.uk before they travel.

“We will continue to work closely with our colleagues across the rail industry to minimise the impact on our customers and I’d like to thank them in advance for their patience and understanding while the work is completed.”

A spokesperson for TransPennine Express said, “Whilst track improvements take place between Bolton, Salford Crescent and Manchester Victoria, we will be running an amended table each Saturday and Sunday throughout February for our services between Manchester Airport and Glasgow and Manchester Airport and Edinburgh. Passengers are advised to check the latest travel updates for services on the weekend on our website; www.tpexpress.co.uk/travel-updates/changes-to-train-times updates will also be available on our social media channels.”

Passengers are also being notified about other work which will see the replacement of a bridge in Westhoughton on Sunday the 20th of February which will prepare for overhead lines and will support greener and more reliable electric trains between Wigan and Manchester via Bolton.