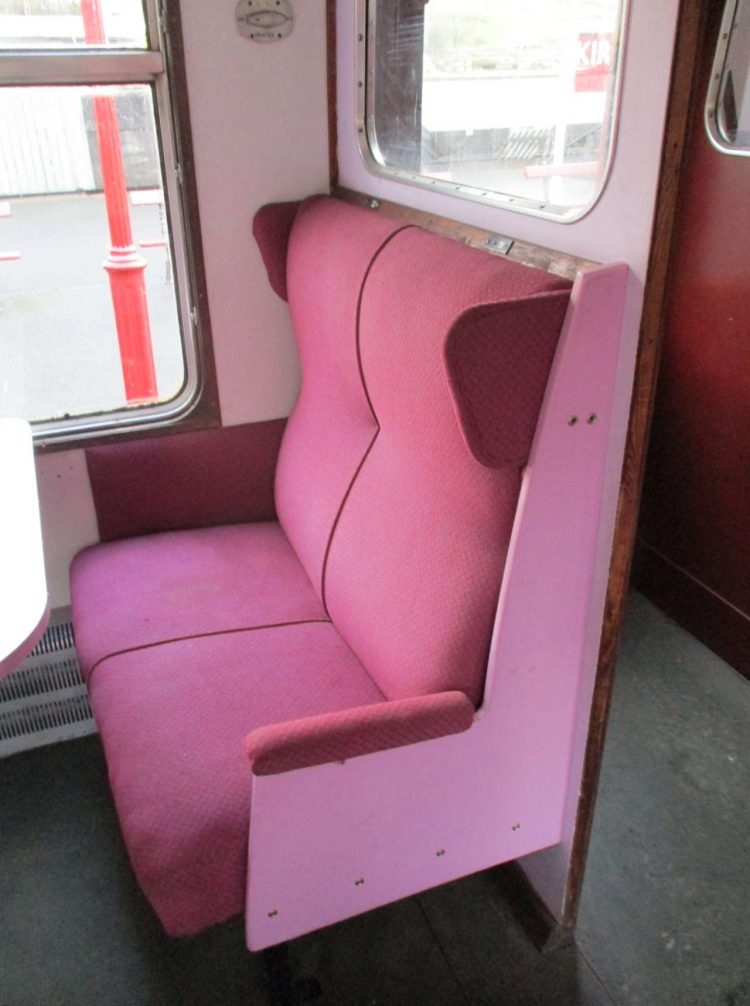 The Stainmore Railway Company is in the process of removing pink paint from a BR Mk.1 TSO carriage so that it can be repainted into a more suitable colour.

When the carriage arrived at the railway’s site at Kirkby Stephen East, it was found that the timber seat ends had, for some reason, been painted pink.

The removed seats were transported to Rochdale where one of the railway’s volunteers stripped them down, repainted them, and returned them to Kirkby Stephen East for refitting.

These photos show the seat ends being removed, repainted, and refitted.

The Stainmore Railway Company is a heritage centre & operational railway based at the former Kirkby Stephen East railway station in the upper Eden Valley. Kirkby Stephen East was opened in 1861 and is now cared for by volunteers of the railway company.

The station is home to a number of historic Victorian and other vintage locomotives, carriages and wagons, which are well worth a look. Visitors can explore our station, which was built in 1861 and served the community here for 100 years, visit a glamorous 1930s buffet car when trains are running, and wander around a small museum.

The site is open 10 am to 4 pm at weekends from Easter to December. The railway also runs special events, and trains run on those dates. Admission is free but charges apply for train rides.

Volunteer working parties are on-site during the week until Easter 2022 and the railway welcomes new volunteers of all ages. Details of how to become a volunteer can be obtained by emailing the volunteer group
[email protected]

Like other heritage railways, the Stainmore Railway was affected by the pandemic. The National Lottery Heritage Fund has awarded the railway £33,500 towards urgent works at Kirkby Stephen and meeting fixed costs.