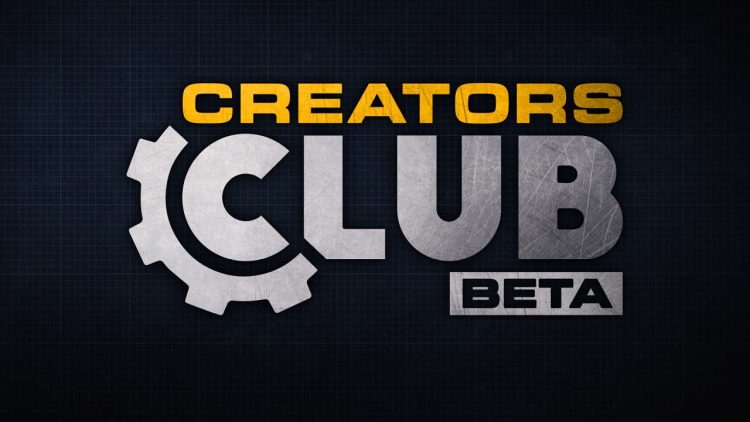 The Creators Club Beta will provide player customisation for Train Sim World 2 with in-game tools allowing users to create their own special liveries and scenarios bringing to life the visions of railfans around the world. Creators Club will also allow players to upload and share their creations over all platforms and also browse liveries and scenarios created by other players within the community.

When the free update goes live, Creators Club Beta will be available by accessing the initial menu for all players. Players can find a new ‘Creators Club Beta’ button under the route selection carousel which you simply select to enter the Club, however, players will need to be signed in to a Dovetail Live account to enter and will be prompted to register or sign in if Creators Club is selected.

On entering Creators Club Beta, players will enjoy an array of options that allow players to explore mods by other Club members to subscribe to and also the My Mods area where players can share their own creations.

The HUB is the Creators Club home where players can find livery and scenario mods that are Featured (hand-picked by Dovetail Games), Most Popular (high subscriber counts), or Most Recent (mods that have been uploaded recently). Players can use this page to find mods created within the community to subscribe to and enjoy.

The LIVERIES area offers exactly that, just livery mods, and will reveal the most popular and recently uploaded mods made on the Livery Designer tool.

The SCENARIOS area is great for players on the lookout for a new challenge or to change up a favourite route. This part of the Creators Club Beta will provide the most popular and recently uploaded mods created using the Scenario Planner tool.

The SUBSCRIPTIONS area is where all livery and scenario mods that a player subscribes to can be found, providing an easy way to manage subs and to find more mods from favourite creators.

The MY MODS area will provide players with the chance to place their own livery and scenario mods in the Creators Club.

Full FAQs will be coming soon but anyone looking for an approved list of operator brands who have allowed  use on the Creators Club Beta is as follows:

Steam has finally arrived for Train Sim World 2, with Dovetail Games bringing an engaging route to the...