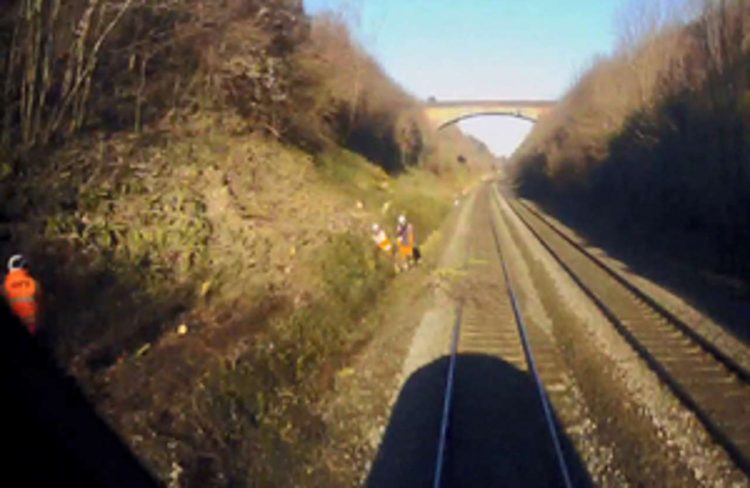 The Rail Accident Investigation Branch have announced that they are to publish safety digest following an incident which took place at Uphill Junction near Weston-Super-Mare .

On the 14th of January at 13:10hrs with a train travelling at 95mph, the near-miss involved two track workers before the vehicle struck part of a tree at Uphill Junction.

The two track workers were part of a team carrying out de-vegetation on the adjacent embankment of two open running lines.

As part of the work, a tree of approximately 165mm (6.5 inches) in width had been felled by the team which came down the embankment, landing in the cess.

The two workers involved in the incident moved onto the line in an attempt to remove the tree from the cess but in doing so unintentionally moved the tree so that it became foul of one of the running lines.

Becoming aware that the train was moving towards them, the two workers were able to move clear of the line several seconds before the train passed them, however, part of the tree did remain foul of the line and was hit by the train. The collision caused no injuries, and the train was not derailed and suffered only minor damage.

The Rail Accident Investigation Branch (RAIB) has already carried out a preliminary examination into the circumstances in connection to the incident and, having assessed the collected evidence have opted to publish a safety digest.

The safety digest will be published in the near future. The RAIB has released its preliminary investigation into a near-miss at a footpath level crossing at Farnborough North...