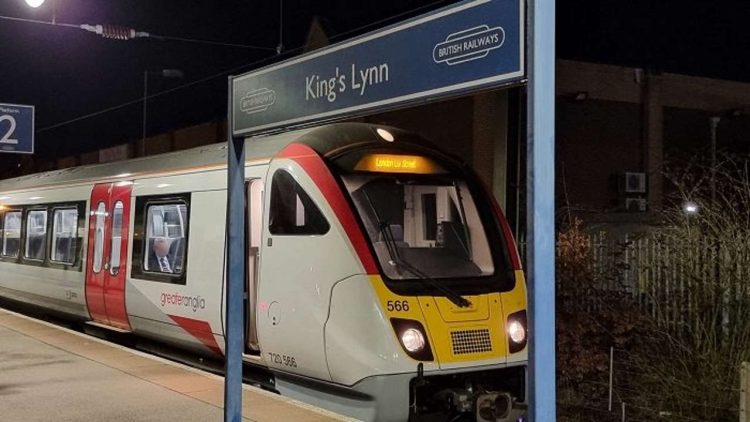 Greater Anglia is now running new state-of-the-art trains on every route across the whole of its network after new Alstom Aventra Class 720 trains entered service between Ely and King’s Lynn on Monday, 7 February.

Some of the new trains are already in passenger service on routes between London Liverpool Street and Cambridge, Hertford East, Southend Victoria, Southminster, Braintree, Clacton, Ipswich and Colchester Town.

The new trains were deployed to coincide with Greater Anglia running extra services as commuters carry on returning to the office. In the new timetable, two services every weekday are running to King’s Lynn.

All of the new were made in the UK by Alstom, who are supplying 133 five-carriage trains, which can be coupled to run as ten-carriage trains. Each carriage is longer and has more seats than the trains they replaced.

The trains are the first in the UK to have underfloor heating, which works with an overhead heating and ventilation system to improve passenger comfort and increase foot room for passengers sitting in window seats.

They feature regenerative braking, which delivers energy back into the electrical supply network, rather than wasting the energy through heat, as is the case with conventional systems.

“We know from customer feedback that customers enjoy the added comfort, the plug and USB sockets and other improved features these new trains have.

“We’ll continue rolling out new trains in the coming months as part of our plan to replace all our old trains with brand new trains.”

RailAdvent Plus members can get 25% off books at Pen and Sword!

‘The Bug’s Breakfast Train’ this week at The Romney, Hythe and Dymchurch Railway