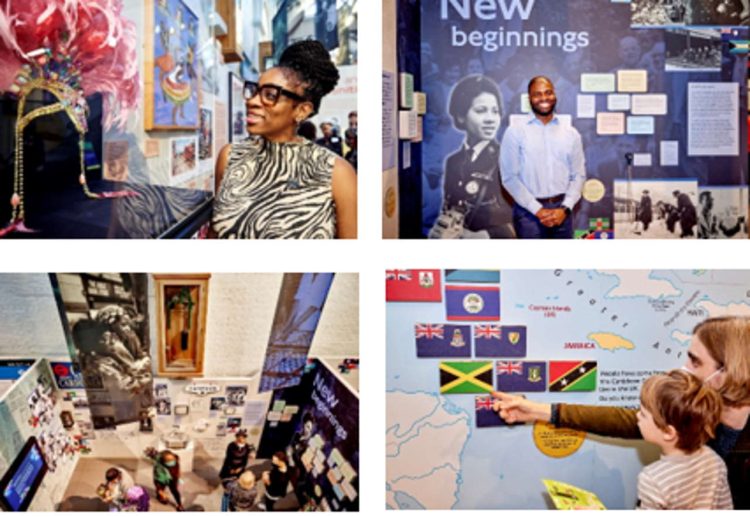 The exhibition is a celebration of the vital part Caribbean people have made to London’s transport network since the 1950s and on-going to today.

The exhibition documents the struggles both individuals and families faced, especially when beginning their new lives in London. The movement of people made a huge impact to the organisation London Transport (LT), London as a city and to the entire country as a nation.

Those visiting the exhibition will be able to discover stories and memories shared by first, second and third-generation Caribbean people who have worked with London Transport through the 1950s and 1960s right through to present-day staff members.

The exhibition features archive photography of the potential applicants of LT’s recruitment drive in Barbados and also sees recorded oral histories of people of Caribbean heritage alongside written quotes from early arrivals into the UK.

Historical newspaper clippings, maps and also a fun interactive activity to identify modern-day Caribbean Commonwealth flags that will trace the journeys made by Caribbean people and also includes the departure from peoples homes during the middle of the last century to the building of new lives in London focusing on the many positive effects that the Caribbean communities have brought to today’s society.

‘Lots of people are familiar with the arrival of Caribbean people on the HMT Empire Windrush at Tilbury Docks in 1948, but many are unaware that London Transport went over to the Caribbean to recruit employees directly from Barbados and other islands from 1956 to 1970. Visitors will be able to explore the legacy people of Caribbean heritage have had on today’s culture in London and beyond.

‘This new exhibition celebrates the contribution Caribbean communities have made to London’s transport but also highlights their struggles. I’d like to thank our Advisory Board, which is made up of TfL colleagues of Caribbean heritage, for their enthusiasm and collaboration on the creation of this exhibition.’

‘I can’t wait to hear what visitors of all backgrounds think of this exhibition when it opens next year. It’s been really interesting working with Museum curators on an exhibition – it’s very different to my day job at TfL.

‘Being of Caribbean descent myself, it’s good to see that organisations like London Transport Museum are recognising the role Caribbean communities have played in London’s transport history, the challenges we’ve faced and our positive impact on today’s culture.’

The exhibition is set to run until summer 2024 and entry to the exhibition is included in the ticket price. To find out more, please visit http://www.ltmuseum.co.uk/legacies

On 18th of March a Friday Late event will take place where guests can enjoy a cocktail whilst emmersing themselves in Caribbean culture with music, talks and workshops. Tickets are £15 each and concessions are £12, the event is for over 18s only.

During February half-term, fun family activities will be taking place from the 12th to the 20th of February and will include story-telling sessions and a ‘design your own poster’ activity based on the exhibition. Kids go free!

Disruption to Tyne and Wear Metro over two weekends

Book Review: Locomotives of the Liverpool and Manchester Railway by Anthony Dawson