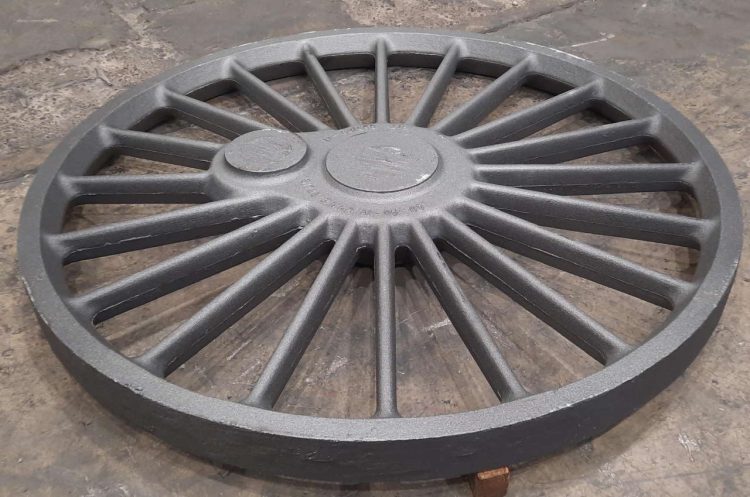 The B17 Steam Locomotive Trust has announced that the first driving wheel for use on LNER B17 No. 61673 Spirit of Sandringham has been cast.

The cast was completed by William Cook Castings and was removed from the mould recently for cooling.

Once cooled, the casting was cleaned and the photo above shows the work.

We reported back in December 2021 that the B17 Trust had placed an order for six 6’8″ driving wheels with William Cook Cast Products Ltd.

On the 19th January, William Cook cast the first wheel in a mould proving. Casting of the second wheel took place on the 20th January and both needed 5 days to cool down before being removed and checked.

The wheels use the same pattern as those found on 60163 Tornado and the B17 Trust were loaned the patterns for the driving wheels from the A1 Steam Locomotive Trust.

After cooling, the first wheel was extracted and was subject to Normalising, Shot Blasting, Mechancial Testing and other checks to make sure everything was in order.Each wheel will be subjected to this NDT Testing using both X-Ray and Ultrasound Tests to provide assurance of the product.

If you would like to donate towards seeing a B17 on the mainline, please visit the B17 Steam Locomotive Trust Website.

An update on the challenges faced in overhauling the boiler of 60163 Tornado, and the novel solution to...