Book Review: Locomotives of the Liverpool and Manchester Railway by Anthony Dawson 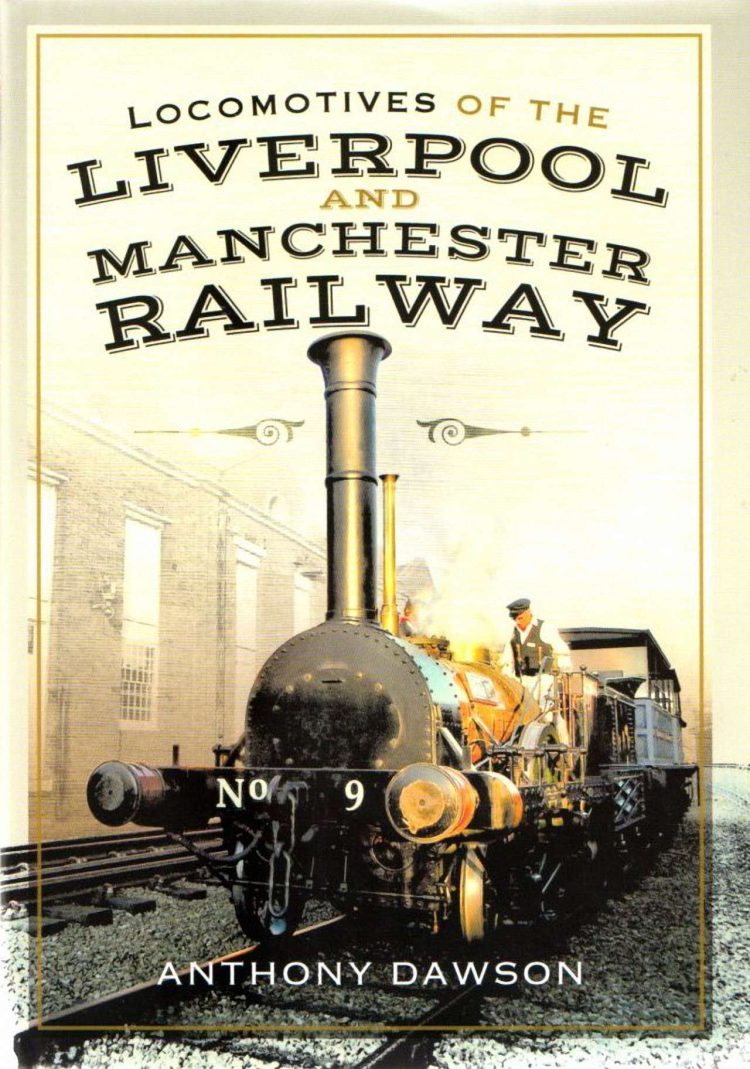 Locomotives of the Liverpool and Manchester Railway DEALS

Published in 2021, this book from publishers Pen & Sword provides a detailed history of the Liverpool and Manchester (L&M) Railway’s locomotives.

Written by Anthony Dawson, the hardback book measures around 246 cm x 172 cm, is 288 pages long, and has 40 colour and black and white illustrations and photographs. It has a published price of £30, available from Pen and Sword, and at the time of writing it can be obtained from Amazon for £20.99.

The quality of the finished product is impeccable.

A Foreword by Richard Gibbon, the former Head of Engineering at the National Railway Museum sets the tone for the book when he says “What sets this work apart from the rest is its thoroughness, diligence, and attention to detail.”

With an Introduction and five parts, the book describes the creation of a motive power fleet for the railway, its maintenance facilities, and locomotive works. Also covered are the railway’s rolling stock and the people who looked after the locomotives.

Part 1, titled “The Stephenson Locomotive” and with seven chapters, describes the early locomotives that came to dominate the railway’s motive power between 1830 and 1834.

Part 2, titled Breaking The Mould, has five chapters describing the evolution from Stephenson’s early designs to the development of locomotives with outside cylinders.

Sometimes forgotten in railway history books are those who actually made the wheels turn. Here, Part 3 makes amends with chapters about locomotive foremen and the first enginemen.

Maintenance and repair of a railway’s locomotives is often a neglected subject. Part 4 delves into this fascinating aspect with three chapters describing the railway’s engine sheds and workshops. Particularly interesting is the chapter on workshop costs which goes into great detail about labour costs and the prices of individual locomotive components.

I am sure this book will become a classic publication on the subject. I have seen other reviews that criticise this book for not describing the history of the L&M. But as the title says, it describes the railway’s locomotives; it does not include an account of the Rainhill Trials, although the locomotives taken into the stock of the L&M are mentioned.

These drawings of Planet class locomotives in the early 1830s illustrate the impressive reproduction quality of the book and show the amount of detail that the author has managed to uncover during his research.

Here we see the now-preserved Lion as it was when it was discovered in the 1920s. The table on the opposite page must have taken a great deal of time to research, given the amount of detail it contains. It also demonstrates the incredible amount of work performed by the early locomotives, such as on 16 October 1839 when Lion completed 18 trips between Liverpool and Manchester covering a total distance of 540 miles, impressive even by the standards set at the end of BR steam.

In summary, this book is highly recommended, it is very rare to come across a railway book that I find impossible to criticise. This book simply oozes the author’s in-depth research and love of his subject. The publishers are to be commended for matching the author’s efforts by the quality of the finished product.

Locomotives of the Liverpool and Manchester Railway

Highly recommended, it is very rare to come across a railway book that I find impossible to criticise. The depth of description written by an author who obviously has a great passion for his subject and can convey it in an eminently-readable style is a rare talent. This book simply oozes the author’s in-depth research and love of his subject. The publishers are to be commended for matching the author’s efforts by the quality of the finished product.

Locomotives of the Liverpool and Manchester Railway DEALS

Newly published on 22nd April this year, Whitland to Pembroke Dock is the latest book in the West...