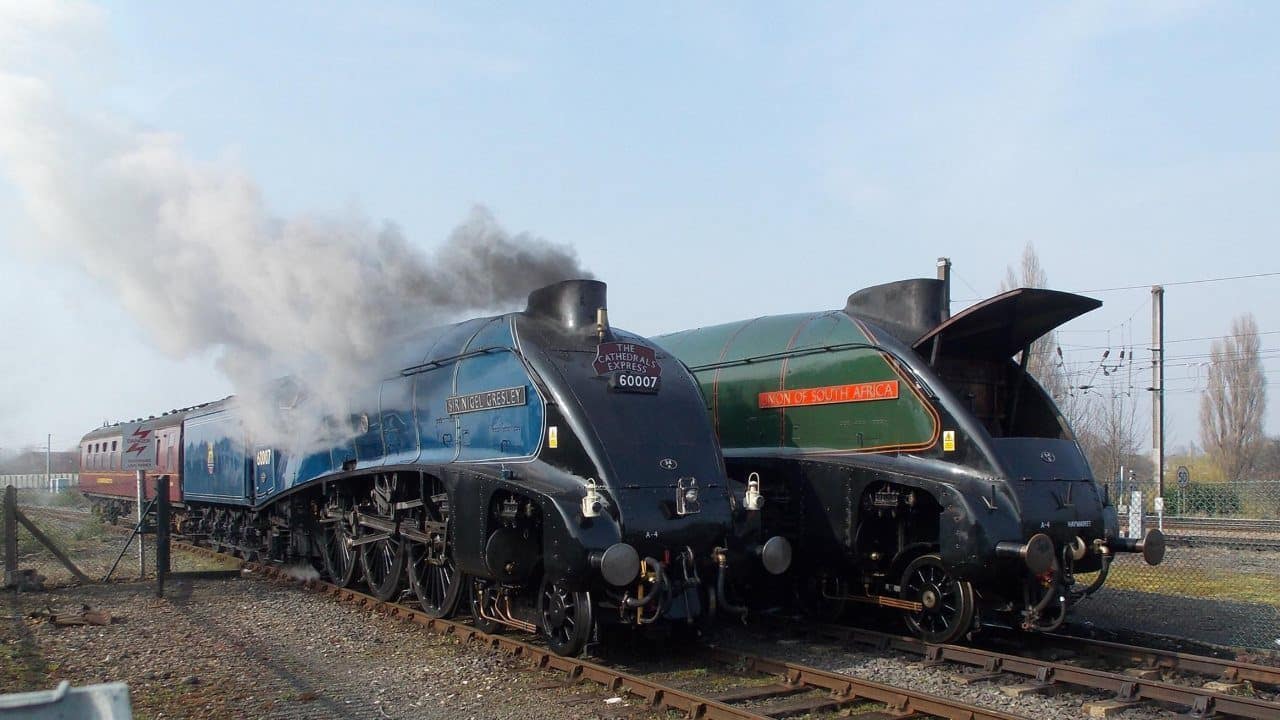 The test was completed and passed at Locomotive Services Group at their base in Crewe.

This new test resets the A4’s 10 year boiler certificate, which has currently been held since the last test, which was carried out whilst the boiler was being overhauled at the Llangollen Railway

With the Coronavirus pandemic, this is welcome news, although a re-test had been part of the overhaul plan.

The engineering team are now pressing ahead with work towards the locomotive beginning its running in tests, which we published news on last month confirming that these tests would be carried out at the Severn Valley Railway.

In a statement, the Sir Nigel Gresley Locomotive Trust said: “The Sir Nigel Gresley Locomotive Trust is pleased to advise that on 31st January 2022 a successful hydraulic test was carried out on the boiler of Sir Nigel Gresley. The test resets the start of the 10-year boiler insurance period from the earlier test carried out during the boiler overhaul at the Llangollen Railway. With the impact of COVID-19 extending overhaul timescales this is particularly welcome news although a re-test had long been part of the overhaul plan facilitated by the benign conditions in the workshop at York where the boiler has spent most of its time since being re-united with the frames on 7th November 2019. The SNGLT engineering team is now pressing ahead towards steaming the locomotive and preparations for running-in.”