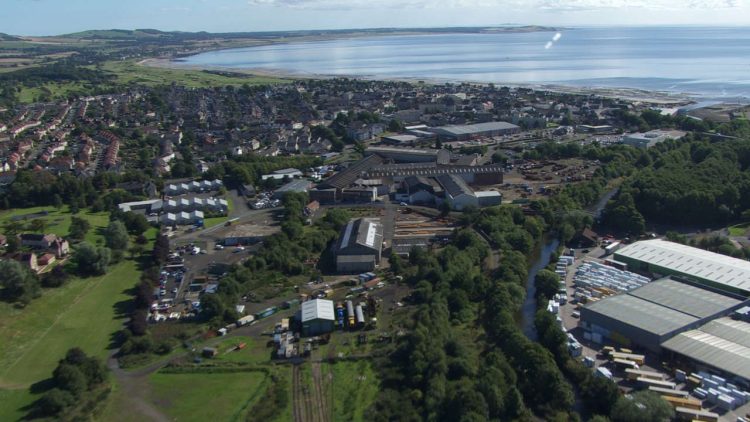 Work is being carried out to reinstate the Levenmouth Rail Link, a five-mile railway line between Cameron Bridge and Thornton Junction in Scotland, which will see trains on the line for the first time in more than half a century.

The new line will be double-track with two new stations, and there will be provision to electrify the line in the future. The project is also looking at options for connecting the line to the Fife Heritage Railway and to support future freight aspirations.

So that the work can be carried out safely and members of the public do not come into contact with plant and machinery carrying out the work, 19 km. of fencing are to be erected. The fencing will extend along the full length of the route so that the boundaries of the rail corridor are secured, although during early phases of the work existing pathways and crossing points will be maintained.

As well as the fencing, it will be necessary to cordon off parts of some of the bridges on the route as due to the nature of the activity on the bridges, it is essential to secure the area to maintain public safety.

Preparatory work already carried out along the route has seen vegetation cleared and redundant and life-expired railway equipment removed. Invasive plant species have also been treated, structures inspected, and trial holes drilled along the full length of the route to check ground conditions and test for contamination.

Station designs are complete and planning applications made, it is anticipated that main construction works will begin early in 2022.

Joe Mulvenna, Network Rail project manager for the Levenmouth Rail link said “While we understand that over the years, the disused railway has been accessed by people exercising and enjoying the river, as well as crossing on well-used paths between communities, that will not be the case for much longer.

“The whole corridor between Thornton and Leven will soon become a major construction site and while we will maintain some limited access on paths across the railway corridor during the early phases of work, in general we are asking people to find alternative walking routes.

“The scale of the work that will be involved in the project means that in the short-term there will be some disruption for the area, but It is an exciting development that has the potential to transform life for local people and the communities it will serve.”

If anyone has any questions about the project they can email Network Rail at [email protected], or call Network Rail’s 24-hour helpline on 03457 11 41 41.