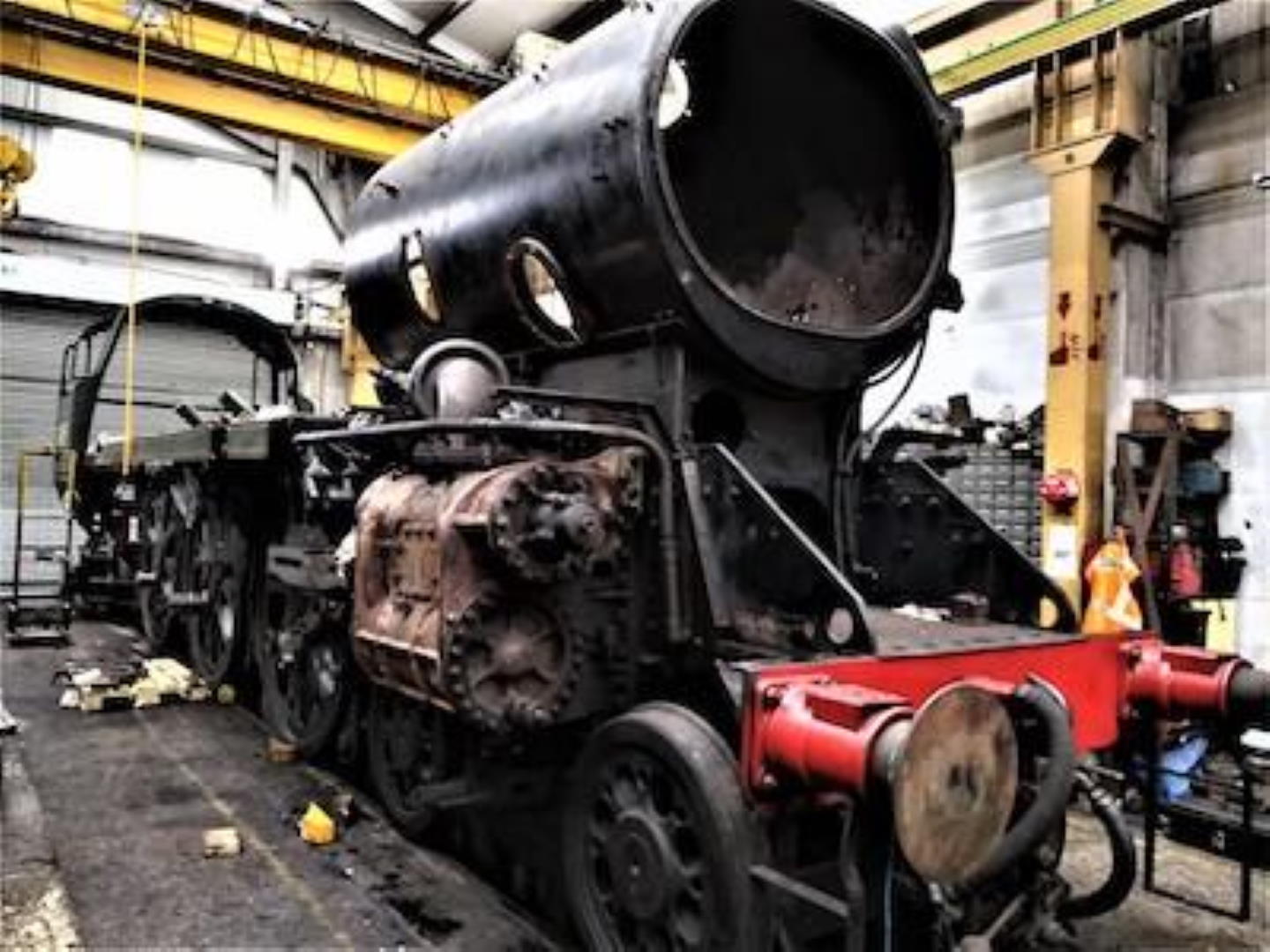 The Bluebell Railway has issued its latest on the progress with overhauling steam locomotive Bulleid Battle of Britain Class Pacific No. 34059 Sir Archibald Sinclair.

The aim towards the end of 2021 was to complete erecting the motion, with that in the middle engine completed some weeks ago.

Partial success was achieved, with the connecting rod now up on the left-hand side.

New bushes were required for the right-hand rod, but there have been delays in supplying the bronze so that this side will not be complete until early in 2022. The bush has now been machined, and the rod is now awaiting erection.

With the motion complete, work has started on the large pipe work for the injectors, seen in the photograph with the nameplate shields, now resplendent in their initial gloss paintwork.

It is hoped that the smoke deflectors will soon receive attention from the painters.

Significant progress was made on the engine’s overhaul in 2021, although the tender is still awaiting attention and the knocking over of the firebox stays is yet to be completed.

By the beginning of December, all the crown stays had been screwed in and knocked over on the outside, and the flexible stays around the base of the diaphragm have been inserted.

The coupling rods on both sides had been fitted, and the connecting rods cleaned before being put on.

All the brake rigging is in place and new brake blocks mounted on the brake block holder, and a new regulator valve body and gauge glass bodies have been machined.

Effort is now concentrated at the back of the engine. The injector pipework and injectors themselves have been erected and work will start soon on the cab.

The motion on the LHS is now complete and that on the RHS is next in turn.

To find out more about how you can help with the overhaul, click here to visit their website