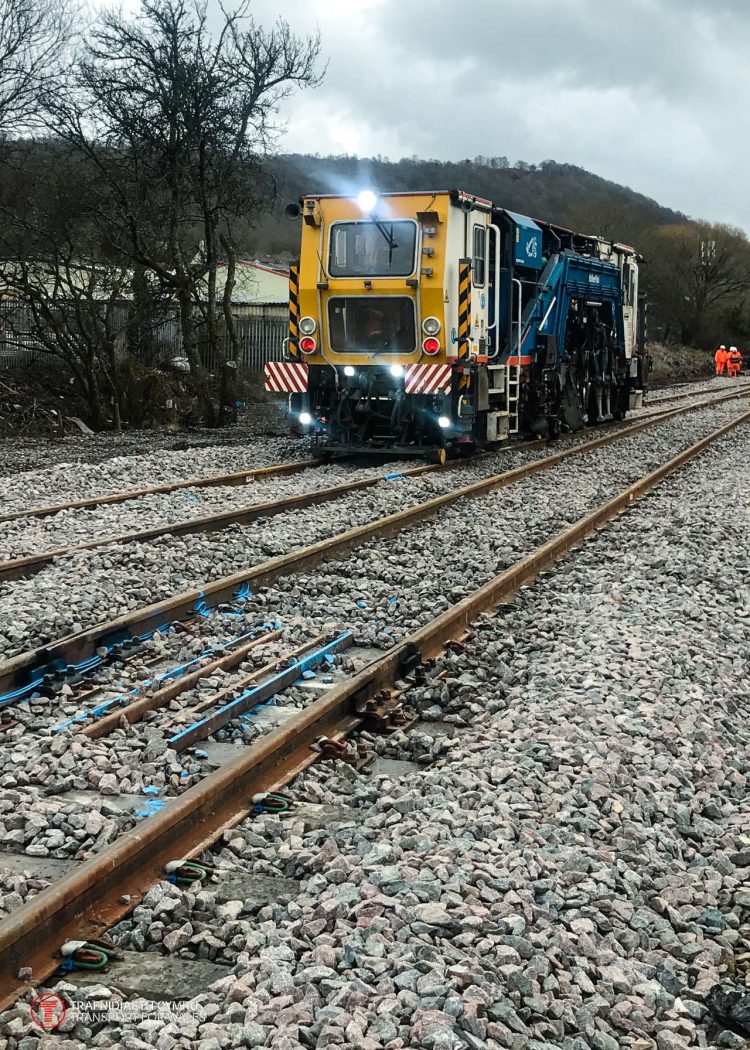 Construction work on the South Wales Metro was undertaken through the festive period started on Christmas eve and saw teams working around the clock until the early hours of the 7th of January 2022 with a railway closure between Pontypridd and both Merthyr Tydfil and Aberdare.

The blockade has provided Transport for Wales (TfW) and their partners the opportunity to carry out the essential work on key infrastructure such as the removal of Devil’s Footbridge, the installation of over 63,000 metres of fibre-optic cable which is part of the upgrading of signalling equipment and more than 100 trial holes and a mixture of foundations completed in preparation for the electrification of the line.

The project that will transform the Core Valley Lines for the South Wales Metro has been partially funded by the European Regional Development Fund via Welsh Government and will bring more frequent services between Cardiff and the heads of the valleys.

Teams working on the ground have also overseen the successful installation of 150 metres of track which includes five switching and crossing panels.

“We safely and successfully completed another blockade on the Core Valley Lines, which means another forward step in delivering the South Wales Metro for the people of Wales.

“We were able to deliver key infrastructure works that will allow us to electrify the line and prepare it for the introduction of brand-new tram-trains in the coming years.
“Our teams and partners worked continuously over the Christmas break to minimise disruption to the travelling public.

“I’d like to thank our teams and partners for their dedication and hard work in testing weather conditions and also to the travelling public and our lineside neighbours for their understanding and continued support. During Mental Health Awareness Week, the railway industry will seek to make people smile through a "Brighter Journeys" campaign.