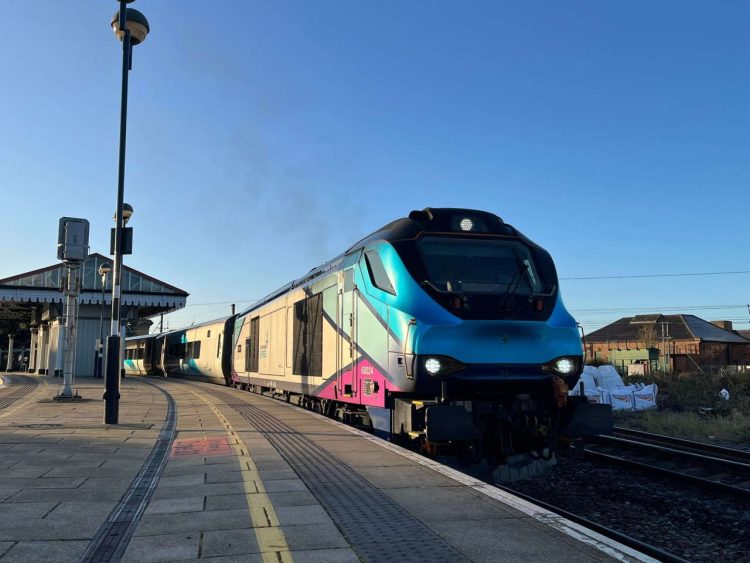 TransPennine Express is looking for expressions of interest from suppliers for a fleet of at least 15 bi-mode locomotives for use on with its Mk5 carriages.

The provision released by First Group is for up to 30 bi-mode locomotives, with an additional 5 for use on Great Western Railway’s Sleeper Service.

The operators say that the new locomotives must have the capability to be powered by overhead wires as well as being able to operate with an alternate traction mode, IE Diesel or Battery, where routes are not yet electrified or for use as a contingency.

In the supporting information for the EOIs, TransPennine Express says that any engine must meet at least Euro V compliance and must meet all NTSN standards in relation to noise.

TPE also says that the locomotives must be able to travel at up to 100mph.

TransPennine Express wants to use the new bi-mode locomotives with its current CAF MK5A carriages and must be modified for use with the control systems for Automatic Selective Door Operation (ASDO) as well as other controls and passenger information systems (PIS).

Whilst the current formation of trains for TPE is 5-cars made up of 4 carriages and Driving Trailer for push-pull operation with the current Class 68s, TPE says that the new locomotives should be able to operate with up to 7 cars.

The new bi-mode locomotives are expected to be used anywhere on the TPE network, the operator says, but also adds that the primary operation for the locomotives will be on the following routes.

Some of these routes are electrified, with more expected thanks to the TransPennine Route Upgrade project.

Great Western Railway needs the new locomotives to be able to operate with up to 9 Mk3 carriages on its Night Riviera Sleeper Service and must be capable of operating on the Paddington to Penzance route with consideration being made for the routes gradients. Maintenance on the GWR locomotives will be carried out by GWR staff at Longrock Depot, Penzance and Reading.

Paul Staples, Fleet Director at TransPennine Express, said: “In collaboration with our sister FirstGroup train company, GWR, we have invited expressions of interest from the rail industry for potential alternatives to our existing fleet of Class 68 locomotives and those operating GWR’s Riviera Sleeper service.

“The Class 68s are currently used to provide power for our Nova 3 Mk5a trains, and are reliable, powerful and flexible locomotives. However, we want to explore options to operate these trains using more sustainable technology in the future.

“We are determined to make a positive impact for the environment and make rail, which is already one of the most environmentally friendly modes of transport, even greener.

“Our request for expressions of interest sets out to test the availability in the marketplace of bi-mode locomotives capable of running on either diesel or electricity, allowing our Mk5a trains to take advantage of clean and efficient energy when operating on electrified sections of our routes.

“This is a very early step in a potential locomotive replacement programme, exploring what may be possible and viable, and we are very interested to hear from potential supply partners in the industry.”

More information is available on the First Group website.

Monday the 23rd of May 2022 will see the re-opening of Reston Station in the Scottish Borders for...

Search for railway stars of the future launched by TransPennine Express