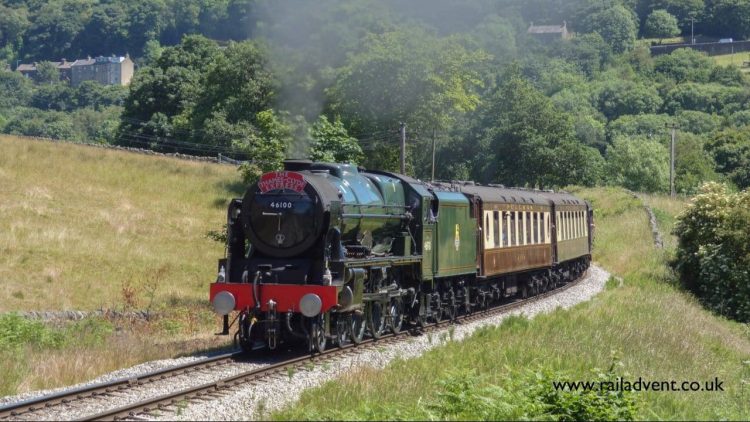 The East Lancashire Railway has announced that LMS Scot No. 46100 Royal Scot will be visiting them for their 2022 Spring Steam Gala.

46100 Royal Scot visits the East Lancashire Railway thanks to Locomotive Services Group based in Crewe.

More information can be found on the East Lancashire Railway website.

46100 Royal Scot was built by the LMS in 1927 for their express services from London to Birmingham, Manchester and Glasgow. Royal Scot was the first type of this breed of steam locomotives. 46100 was made famous when it toured North America in 1933. It was rebuilt in 1950 by British Railways to include modern modifications, though, was eventually retired in 1962 and was built on display at Butlins in Skegness.

Since then, she has had a major overhaul before returning to steam in 2015. She made her mainline debut in February 2016 when she hauled a railtour from Crewe to Holyhead. The East Lancashire Railway has announced that it will be welcoming two Class 20s for the upcoming Summer...