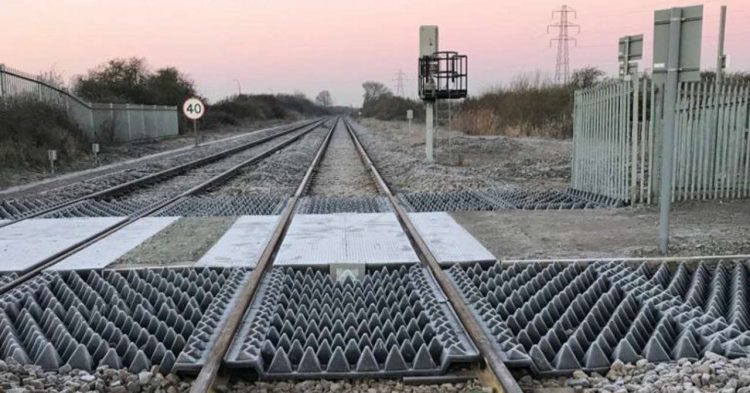 The South Rail Systems Alliance (SRSA) came to the rescue following a derailment at DP World London Gateway, Tilbury during the run-up to Christmas

The derailment caused substantial damage to 584m of track and also to 3 point ends.

Luckily, the SRSA already had a team carrying out planned renewals in West Ham and were able to coordinate support and survey the site, developing a delivery plan in order to get the track back in action through the New Year period.

The SRSA’s Freight business units have supported the reopening of the line from the outset of the project at the start of 2021 and have worked hand in hand with both Great Western Railway and Network Rail.

Utilising their Supply Chain, the SRSA’s work to repair both the infrastructure and track began on New Year’s Eve and was completed with the line back into the port fully restored by the 6th of January, getting the port fully functioning once again.

“Mobilising operations between Christmas and new year and recovering critical movements to the port, what else can you say they’re our heroes of the day!”

All of the works were carried out and completed safely with no accidents or incidents and being handed back on time.

The SRSA are an alliance of Colas Rail, Network Rail and AECOM and are tasked with providing the delivery of a portfolio of works throughout the southern region over a period of 10 years. Network Rail will begin work during August on the upgrade project which will provide improved accessibility for passengers...