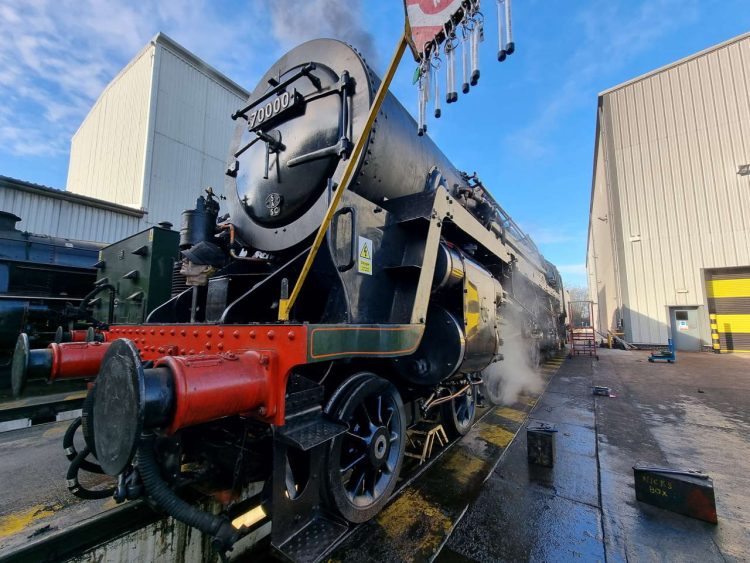 Locomotive Services Group has released a short update on the overhaul work being carried out on BR Britannia No. 70000 Britannia

Britannia has been in steam after rolling out of the shed on Monday 17th January. Staff have ironed out the little issues that are found after a major overhaul, with the locomotive in great shape and is now in the next stage of its overhaul for its return to service.

On Monday, 24th January, Britannia will travel via road to the Severn Valley Railway for a month of testing and shakedown running in.

In February, once tests are completed, the locomotive will return to Crewe Diesel Depot under its own steam via the mainline.

Following a mainline loaded test run, a new coat of BR Brunswick Green paint will be applied to the Brit and the locomotive will join the steam fleet from March.

Locomotive Services Group has also released details of what work has been completed on 70000 Britannia. The work completed includes:

70000 Britannia: Where to see it between Kidderminster and Crewe this Wednesday

Not one, but two steam locomotives are heading for Plymouth this Wednesday

Britannia steam locomotive is set to steam to Shrewsbury this Wednesday