Results of Christmas safety operation on trains in Wales revealed 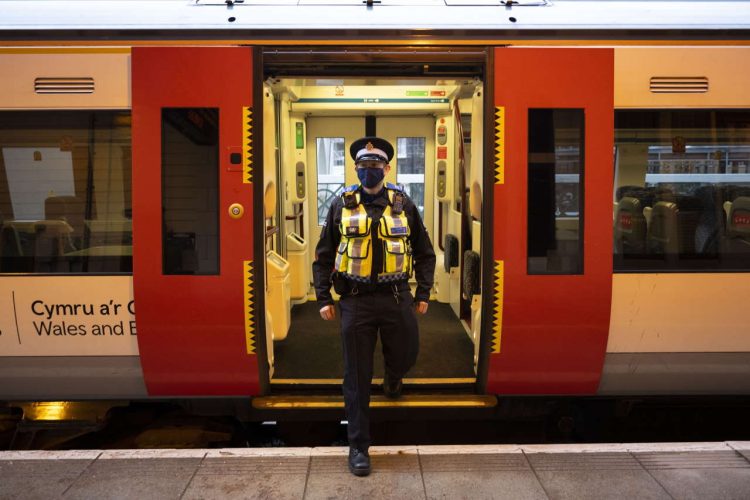 More than 400 people were ejected from stations throughout Wales over the Christmas period British Transport Police figures reveal.

A joint operation called ‘Operation Genesis’ saw Transport for Wales and British Transport Police (BTP) work together in a bid to keep passengers safe over the festive period.

The initiative focused mostly on Fridays and Saturdays over the Christmas period and saw increases in high-visibility patrols on both trains and in stations alongside covert policing, which focused on targeting issues such as sexual harassment, anti-social behaviour and alcohol-related disorder.

Some of the reasons for being refused travel included being too intoxicated, refusing to wear a face covering, and behaving in an anti-social manner.

Over the Christmas period, 44 arrests were carried out as part of the operation, of which 10 were for drunk and disorderly offences.

The weekend on Friday the 17th and Saturday the 18th of December saw the most active period in terms of recorded crime, with Cardiff Central station seeing 22 arrests, which was the highest number of arrests throughout the operation.

The operation began on the 1st of December and ran through to the 1st of January and was put in place in a bid to prevent crime whilst providing reassurance for passengers alongside offering personal safety advice.

Throughout the operation, passengers were also reminded of the requirement to wear face-coverings on board public transport, unless exempt.

More than 5,000 interventions were made with almost 200 people asked to leave services for not complying with the requirement to wear a face-covering.

“The safety of passengers and rail staff is our main priority, which is why we teamed up with Transport for Wales to ensure everyone could enjoy the festive period safely.

“Rail is one of the safest ways to travel – but, we see how alcohol can really affect people’s judgement and after a few drinks people often take greater risks, which can lead to very serious consequences. To prevent any serious incidents, we asked people who were too intoxicated to sober up before coming back to travel.

“We will continue to work closely with our rail industry partners to keep passengers safe in the new year. As ever, you can text 61016 if you experience any issues or need our assistance on the railway.”

“We’re immensely grateful for the work of the British Transport Police in helping keep the Wales and Borders rail network safe, and the vast majority of rail passengers for their co-operation over the festive period.

“We’ll be continuing to work collaboratively with BTP in 2022 in order to ensure passengers continue to travel safely, particularly in light of the emergence of the Omicron variant of Covid-19. We’re working with BTP to remind passengers that wearing a face-covering while on public transport remains the law in England and Wales, unless exempt, and a face covering must also be worn whilst in enclosed stations.” Following a three-week closure for construction work on the South Wales Metro, rail services have resumed on the...