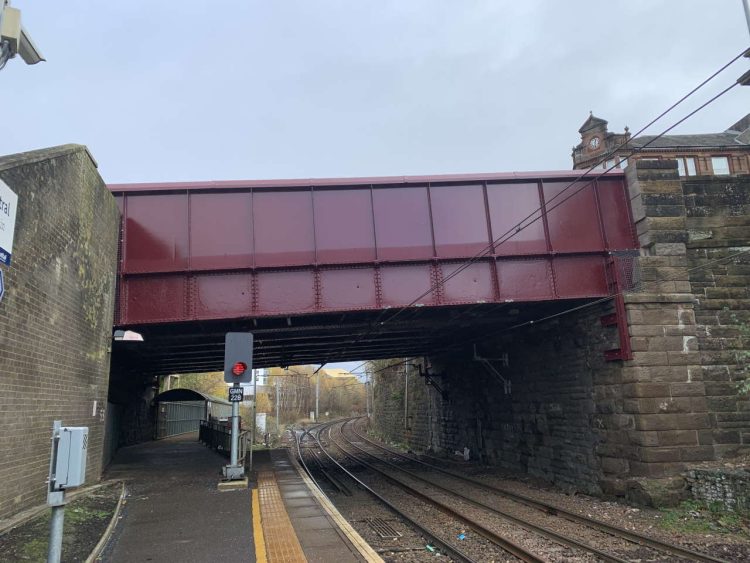 The project has seen both the steelworks and masonry undergo repair work alongside repainting, all of which will expand the lifespan of the bridge making it fit for use into the future.

The project has been part of an extensive upgrades programme that has set out to both protect and enhance structures on Scotlands Railway.

Work on the bridge began in May 2021 and saw a lane closure put in place and two weekends where the road had to be fully closed.

The project has also seen a selection of nightshift operations which meant that the railway could remain open.

During the early part of July 2021, the road was re-opened fully to traffic and has been so during the final few months of the project.

Suzanne McKay, scheme project manager at Network Rail, said: “Our investment in repairing and repainting the bridge at Quarry Street will protect the structure for years to come. It has also made a big difference to the appearance of the bridge.

“The line underneath the bridge as well as the road that runs over it, are both vital transport links for people in Hamilton and across Lanarkshire.

“We are grateful to the local community, as well as rail and road users, for their support and patience during these essential works.”