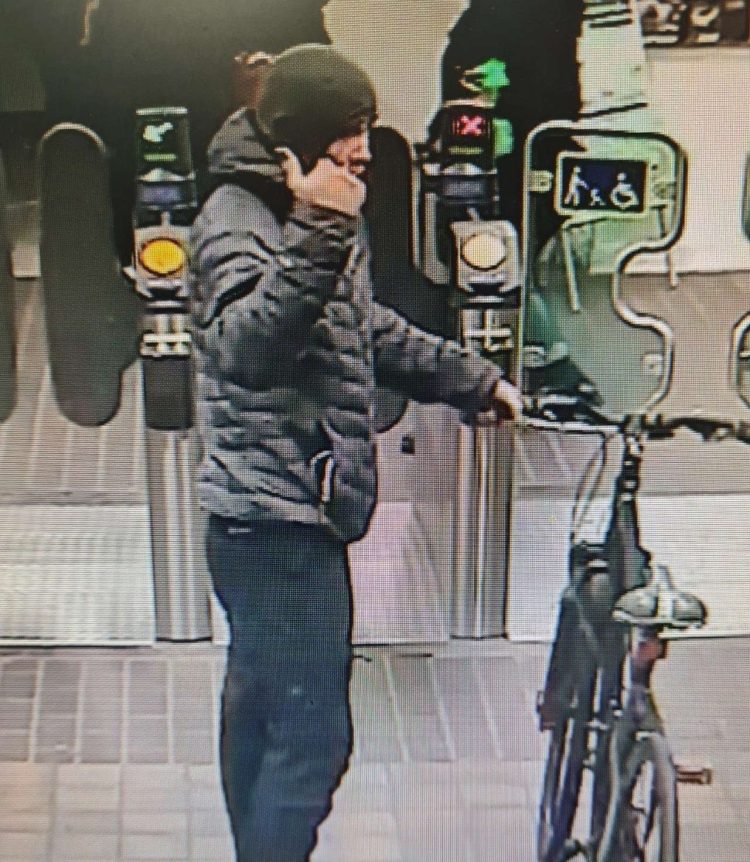 Do you recognise this man?

Police officers are investigating an incident in which a female member of rail staff at Warrington Central station was spat at.

They have now released CCTV images in connection with the incident, which occurred at 5.30 pm on Sunday, 19 December 2021.

The offender was attempting to board a train with his bicycle at Warrington Central when a female member of rail staff asked him to wait while other passengers alighted.

Ignoring her request, he barged the victim, boarded the train, and verbally abused her. When she asked him to leave, he told her to f*** off and spat at her.

He then got back off the train and exited the station.

British Transport Police officers are investigating the incident and believe the man in these images may have information that could help their investigation.

Officers believe the man in the CCTV images may have information that could help their investigation. This week in Greater Manchester are concerts by some of the world’s biggest musical acts, and the public...