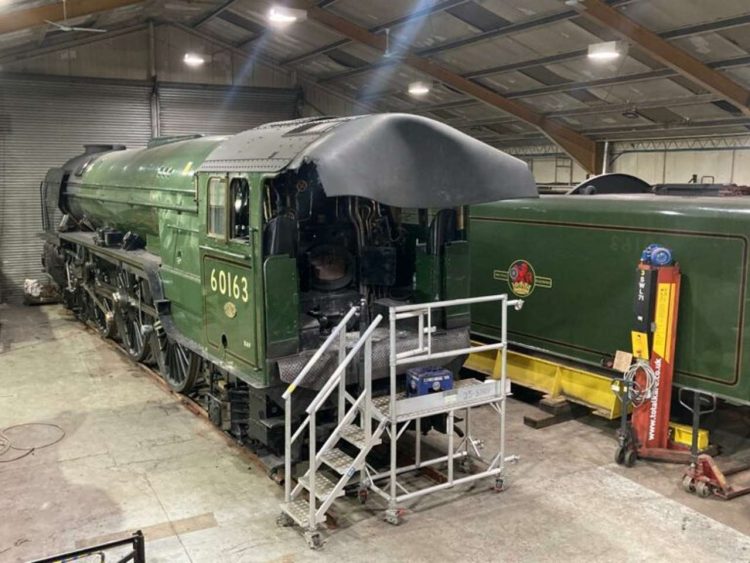 The A1 Steam Locomotive Trust has announced that work has begun on the overhaul of new-build A1 No. 60163 Tornado.

After taking part in the Great Central Railway’s East Coast Weekend alongside Deltic 55019 Royal Highland Fusilier, BR Standard Class 5 No. 73156 and the line’s resident Metro Cammell DMU, Tornado has been moved to Locomotive Maintenance Services in Loughborough, where the overhaul will be completed.

The tender tank has been taken off its frames to allow the European Rail Traffic Management System (ETCS) preparation and maintenance.

The task of dismantling the locomotive for inspection and overhaul will begin soon.

Tornado’s tender wheels are off to Devon today, 27th January, for retyring.

You can see what the plans for Tornado’s overhaul on the A1 Trust’s website.