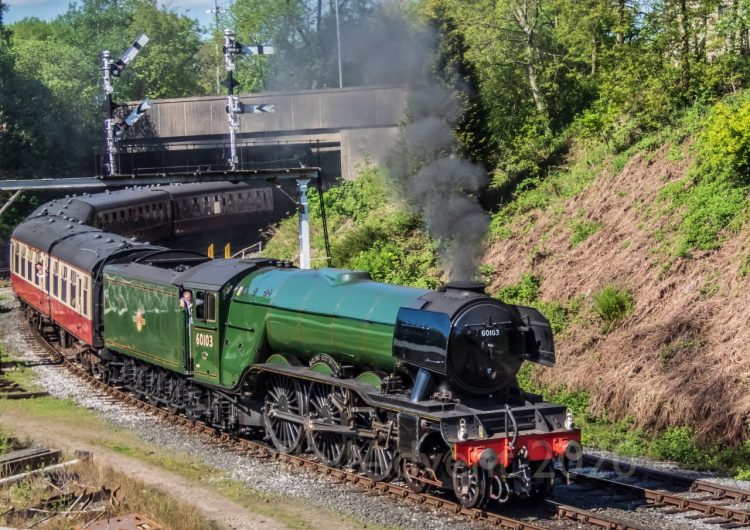 Following recent speculation regarding the plans for a livery change for LNER A3 No. 60103 Flying Scotsman, RailAdvent approached the National Railway Museum for confirmation.

In a statement, a spokesperson for the National Railway Museum said that “Any speculation about what we are planning is just that – speculation”.

The famous A3 locomotive is due to be withdrawn from service in 2022 to be overhauled ready for its centenary anniversary in 2023.

The locomotive currently is seen in BR Green livery with smoke deflectors, but recently, rumours and speculation have started to spread regarding what it might look like once its overhaul is finished.

In their full statement, the NRM spokesperson said “The National Railway Museum and Locomotion are planning to mark Flying Scotsman’s centenary with an exciting programme of activities and events throughout 2023. Any speculation about what we are planning is just that – speculation. It’s great that people are starting to look ahead with anticipation to the centenary, and we’re working hard behind the scenes to ensure that we deliver a fitting celebration for a much-loved locomotive.”