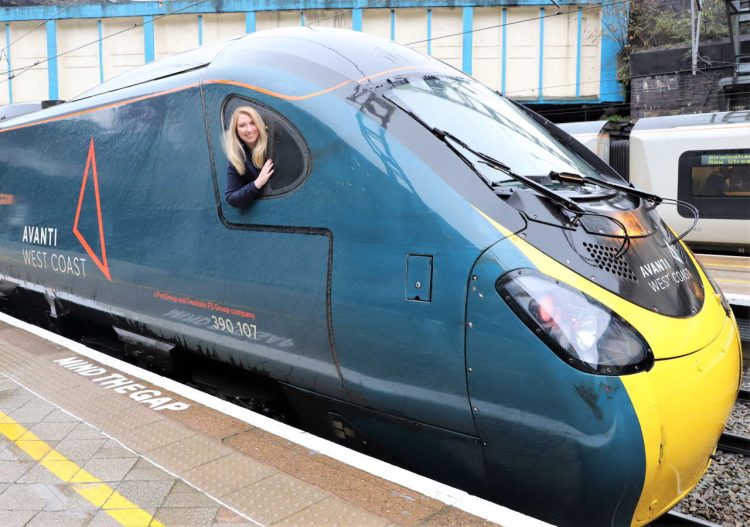 Avanti West Coast is aiming to encourage more people to consider a career as a train driver, and especially want to encourage women with its new campaign.

The online event was a resounding success with more than 1,000 people signing up to hear about Hayley’s own experience which saw her change careers following 10 years with the Cambridgeshire Constabulary, qualifying as a Detective Constable and going on to reveal what it’s like to drive a train at 125mph.

Hayley said: “I absolutely love being a Train Driver, I wanted to do something out of my comfort zone, and I would encourage anyone, especially women who are looking for a career change or have their hearts set on becoming a driver to put in an application.”

Further posts are anticipated to be advertised in June for depots in the Midlands and North West.

Those applying need to be aged 20 years and six months of age and live within an hour of their appointed depot alongside the need to meet the required medical standards.

Anyone who would like to see a short transcript of Hayley’s talk at the online session can visit here: https://firstgroup.app.box.com/s/5lpfwb7n3ss76cm3gh6nwfkkgjblei9d

Avanti West Coast also have a dedicated webpage full of helpful information and advice for anyone considering a career as a train driver with an option to sign up for job alerts: https://www.avantiwestcoast.co.uk/about-us/careers/train-driver-recruitment

Richard Morrow, Head of Drivers at Avanti West Coast said: “Train driving is a wonderful career, one that carries a lot of responsibility and job satisfaction. Whilst the application process is competitive, if you think you have what it takes, then we’d love to hear from you.” Avanti West Coast has had cab-end nameplates put onto Pendolino 390129 'City of Stoke On Trent' in honour...