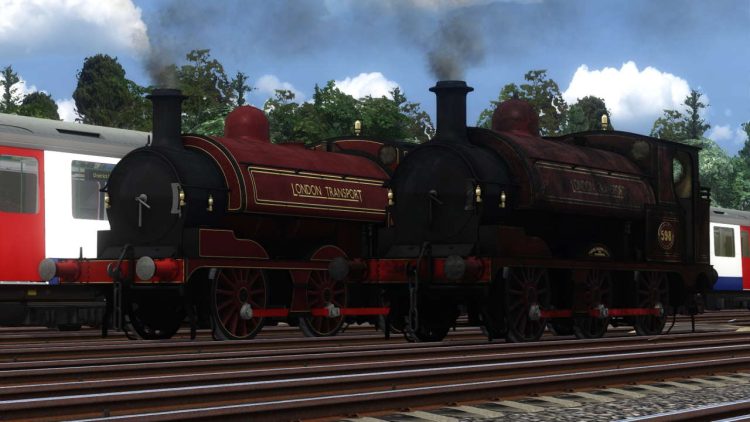 From 8pm we will be showing off Sam’s latest reskin, a fictional London Transport livery applied to Caledonia Works’ L&Y Class 23.

On the stream, we will take the Class 23 for a drive on the Virtual District Line by Backdated Train Sim.

We are splitting a rather long scenario in half, with the first half covered by RailAdvent and Sam, whilst Part 2 will hopefully be covered by Sam and Rhys from Angry Welshman Productions on the Friday (14th January) over on their channel.

Note: If Rhys from Angry Welshman Productions is unavailable to stream on Friday due to work commitments, part 2 of the scenario will be covered on the RailAdvent Twitch Channel with Sam.

At the end of the stream, we will release the new reskin for you to download and have a drive of yourself – the pack will be able to download from the RailAdvent Simulation page.

As a bonus, RailAdvent have two 2022 Calendars that we will give away during the stream, so make sure you are following our Twitch channel to be in with a chance to win.