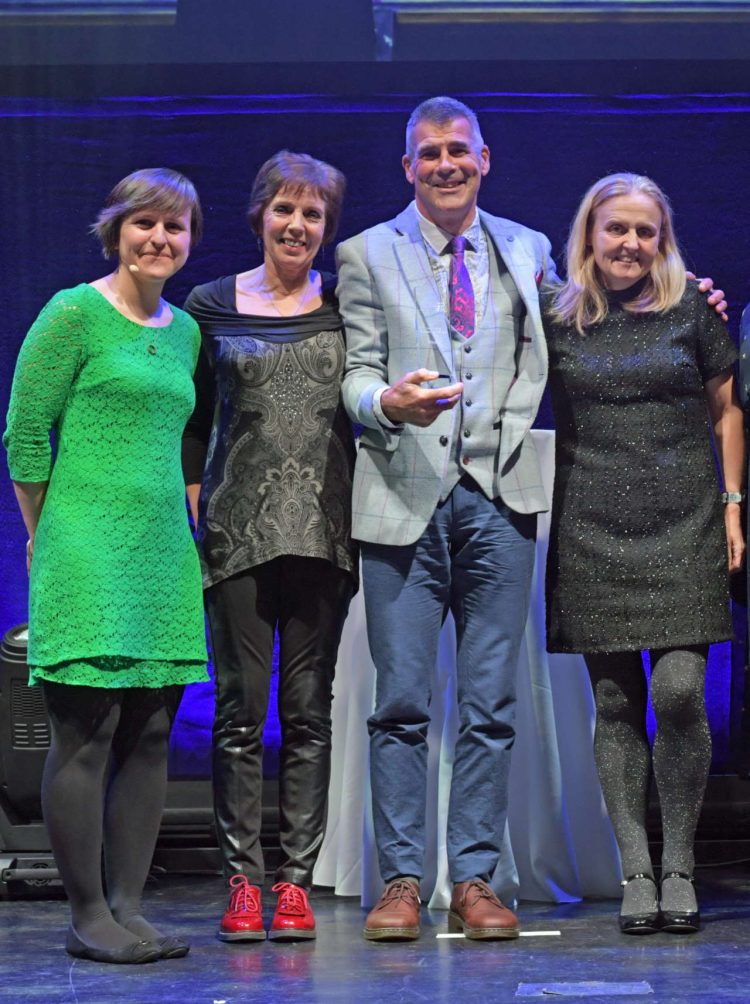 A local community group in Derbyshire has been recognised with an award for its outstanding contribution to community rail.

The Friends of Buxton Station supports their local railway station at Buxton, and was recognised at the 17th national Community Rail Awards held in December.

The group is a well-established and respected volunteer organisation that, despite strong competition was named a joint winner of the ‘Outstanding Contribution to Community Rail’ award.

Buxton station is managed and served by Northern Trains. The company supports over 20 Community Rail Partnerships and many more station adoption groups.

This year’s awards ceremony highlighted the breadth of projects and community engagement activity of such groups.

The group also won the ‘Station Friends and Adopters at the Heart of Communities’ award and took second place in the ‘Community Creative Projects and Station Arts’ category. Their chair, Dave Carlisle, also picked up an award for ‘Outstanding Volunteer Contribution’.

In June 2021, the group was honoured to receive The Queen’s Award for Voluntary Service. That is the highest award that volunteers in the UK can receive, and is described as being the equivalent of an MBE for volunteers.

Over the last year, and especially throughout the pandemic, the group has continued its work in putting the station at the heart of the community and helping to make it more than just a railway station.

During the pandemic the group produced a ‘Retail Rail Trail’ to encourage people to use local businesses. They also hosted a writing competition titled the ‘Mini-Saga Challenge’ designed to promote positive mental health.

Chair of the Group, Dave Carlisle, has spearheaded a number of projects at the station, including installing a defibrillator in a disused telephone box. They have also initiated a variety of wildlife and biodiversity schemes including the creation of a Japanese Garden and a campaign to support Buxton’s rare and endangered Bilberry bumblebee.

“Our community volunteers not only kept working during early Covid-19 restrictions but stepped up and focused upon other areas where we could help. I’m so proud that our efforts have been recognised in this way and humbled that my role in making things happen was acknowledged.”

“The group’s continued leadership throughout the pandemic and beyond has been outstanding. They are the very essence of what community rail is all about, being innovative and creative, but grounded in the community they serve. They continue to share their enthusiasm and expertise, and we congratulate them on their achievements.”

“Our community partners are the heartbeat of the railway and we’re extremely proud to work closely with them to deliver such a wide-ranging positive impact for the north of England.

“The Friends of Buxton station have always been extremely proactive, creative, and engaging and I am delighted that their efforts and achievements have been recognised.

“I’m especially pleased for Dave Carlisle who has and continues to provide superb leadership for the group and his community. Well done all.”

Groups across Northern’s network either won or were placed in a total of 14 categories, with winners representing stations across Cumbria, Derbyshire, Lancashire, and Yorkshire.

The diversity of the awards illustrated how groups supported their communities through the pandemic. They showed how there is a greater awareness of climate change and sustainable travel options, whilst education and awareness of a range of societal issues including Hate Crime were among other projects recognised.