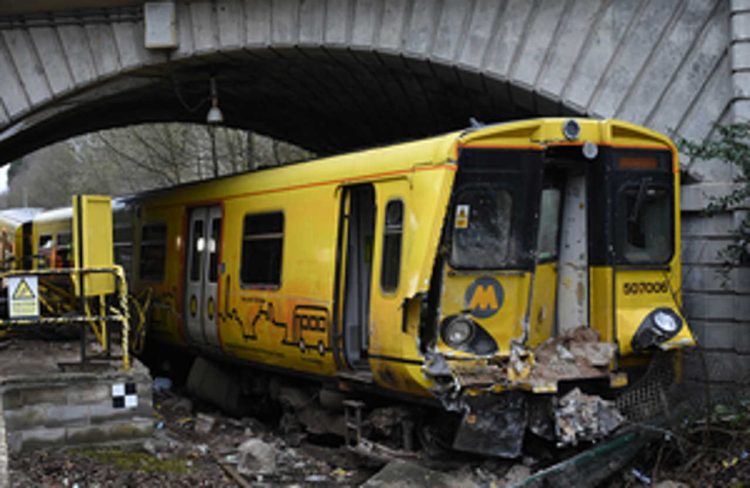 A 59 year old man from Liverpool has been charged in connection with a train derailment at Kirkby station last year.

On the 13th March, a Merseyrail Class 507 (507006) crashed through the buffer stop at Kirkby, whilst no injuries were sustained, trains were disrupted after the incident whilst repairs were made to the platform and infrastructure.

In their preliminary investigation, the RAIB said that the train approached the station at 42 mph before the driver made an emergency brake application.

Phillip Hollis, from Liverpool, has been charged with endangering safety of people on the railway.

The BTP says that he will appear at Liverpool Magistrates Court on the 8th February.

Kirkby station is an interchange for Merseyrail and Northern services with a pair of buffers in between.

A spokesperson for the British Transport Police told RailAdvent “A 59-year-old man has been charged in connection to a train derailment at Kirkby station on 13 March 2021.

Phillip Hollis, of Spellow Lane, Liverpool, was charged with endangering safety of people on the railway and will appear at Liverpool Magistrates’ Court on 8 February. The charge was issued by postal requisition. ” Network Rail reveals how it is preparing to carry an extra 1 million passengers through the Birmingham 2022...