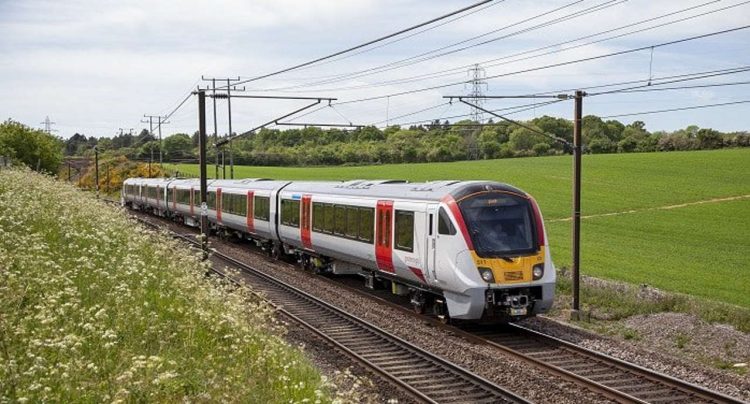 Further temporary changes are being put in place by Greater Anglia from Monday the 10th of January as fewer passengers travel.

The rail operator will be replacing its current temporary weekday timetable which was put in place previous to Christmas with a Sunday-style timetabling for the majority of routes but will include earlier first trains in line with regular mid-week timetables and also more trains during peak times.

The busiest services will run with either eight or ten carriage trains.

Regional route service frequency will see no changes made other than the removal of four extra peak services for the Norwich to Great Yarmouth route which will create an hourly service for most routes or two hourly for the Ipswich to Peterborough route as usual.

The Norwich to London Liverpool Street intercity service which is a 12 carriage train will now become hourly.

Passenger numbers have dropped following the Governments advice for people to work from home where possible during December with the guidance set to remain in place until at least the end of January with fewer people now travelling especially since the considerable increase in coronavirus cases throughout the region.

The new Greater Anglia timetable does provide for some growth in passenger numbers with approximately 74% of pre-pandemic services set to continue running.

Jamie Burles, Greater Anglia managing director, said: “The pandemic has changed our railway over the past 21 months. Working patterns have altered, so we currently have fewer commuters and business travellers and we are now entirely funded by the Government – and ultimately taxpayers.

“We’ve been closely monitoring and reviewing our passenger numbers and have designed a timetable which more accurately represents the level of customers who are using the trains.

“We’ll continue to monitor passenger numbers and make adjustments if necessary, by either increasing the length of trains or adding extra services.

“We are determined to continue running a reliable and punctual service for all our customers, as we have done throughout the pandemic.”

Passengers are being urged to check ahead of travelling using the Greater Anglia website or app which will feature the revised train times.

In order to help passengers feel safe when travelling with Greater Anglia, the rail operator has put in place an assortment of measures such as good ventilation via air conditioning which sucks in fresh air each six to nine minutes or by opening windows and doors at stations. Enhanced cleaning and sanitisation is also in place with a special focus for high touch areas like push buttons and grab handles.

For passengers wishing to find the least busy train to travel on can do so by using the less busy train tool on the Greater Anglia website.

The rail operator also wishes to thank the large number of passengers who are supporting the Government’s mandatory requirement to wear a face-covering on trains and in stations.

Greater Anglia will be monitoring the situation and timetable adjustments will be made as and when necessary.