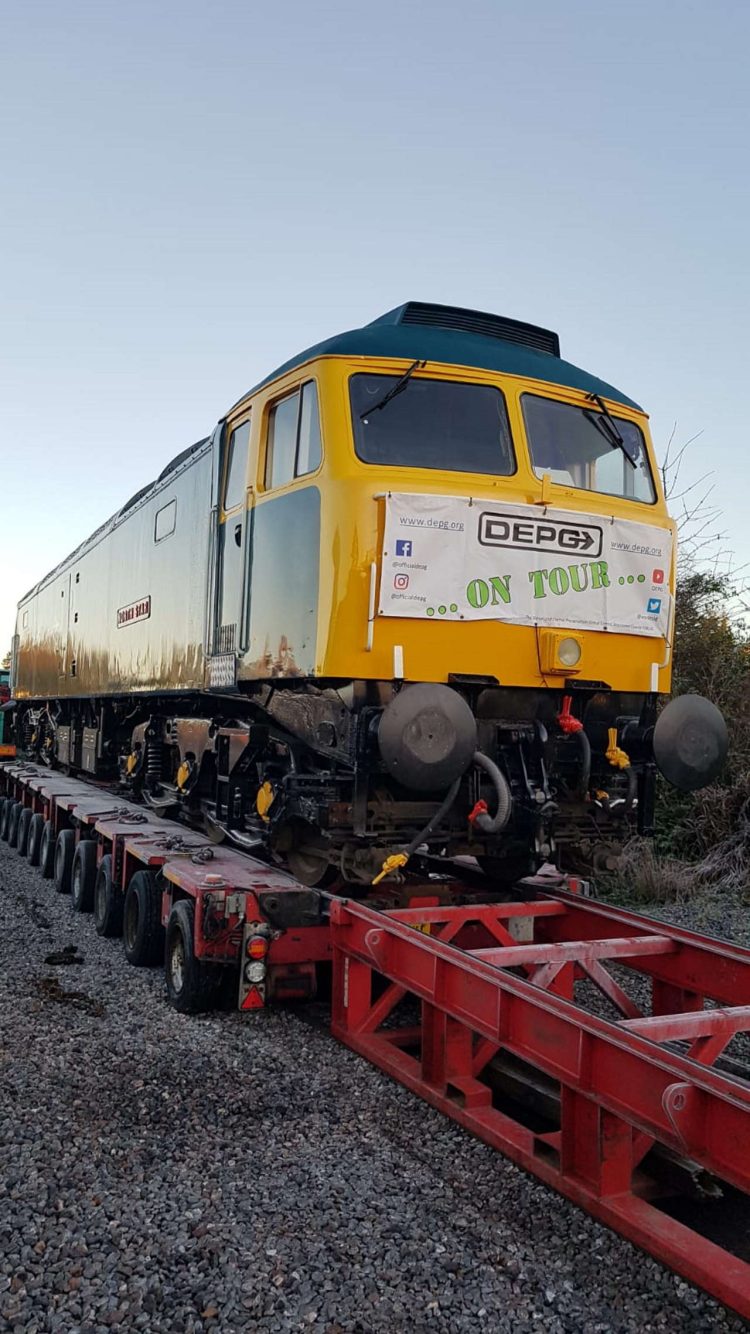 UPDATE: 47077 has stopped near at Allelys HQ near Redditch and will resume its journey on Monday

47077 North Star is now on the move. The DEPG have also provided RailAdvent with the route details

The Diesel and Electric Preservation Group has confirmed to RailAdvent that BR Class 47 No. 47077 North Star has departed Bishops Lydeard via low loader and is headed for the North Yorkshire Moors Railway.

It was announced way back in June 2021 that the Class 47 would move to the North Yorkshire Moors Railway. However, logistical issues have delayed the movement.

The 300-mile journey from Bishops Lydeard to Newbridge on the North Yorkshire Moors Railway will be completed by Allelys.

Once settled on the North Yorkshire Moors Railway, the locomotive will run to Grosmont where another inspection will take place to bring her up to the requirements needed for possible mainline running between Grosmont and Whitby.

Courtesy of Chris Shields, the below video shows the Class 47 being loaded onto a low-loader ahead of the move.

The DEPG said back in June that the locomotive was being hired by the North Yorkshire Moors Railway for two years.

The road route will be confirmed by the DEPG soon, and we will update this article as soon as we hear it.