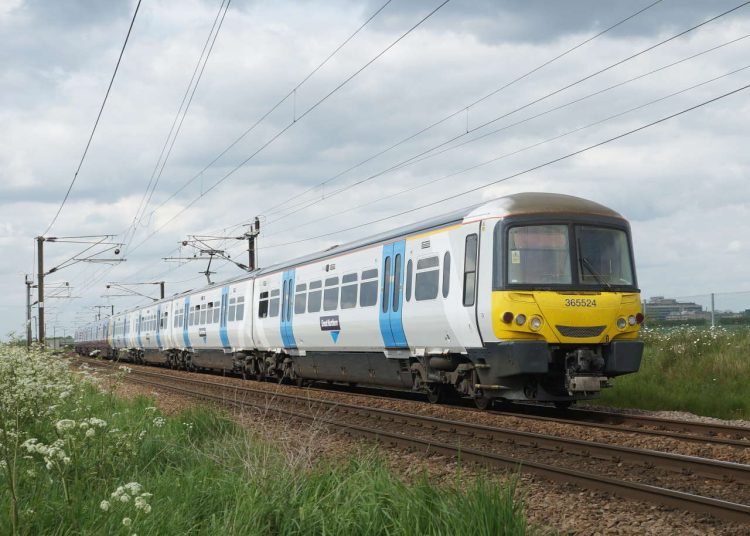 Eversholt Rail has confirmed that Class 365, No. 365524, is destined for the East Kent Railway.

Thought to be in the best condition of the original fleet of 41 trains, 365524 will be on static display and will become a restaurant, exhibition area, and a major events venue.

The initiative for 365524 came from investor, Howard Johnston.

A Class 365 electric multiple unit with strong connections to Her Majesty The Queen has been granted a place in preservation by its former owner Eversholt Rail.

The East Kent Railway is a four mile long heritage line with trains running from Shepherswell to Eythorne.

“We are delighted to mark The Queen’s forthcoming Platinum Jubilee celebrations by donating 365524 a new career after travelling over a million miles in the 25 years since it entered service. Her Majesty was a frequent passenger aboard Class 365s as part of her journey from London to her winter home at Sandringham in Norfolk.” said Paul Sutherland, Client Services Director at Eversholt Rail.

“Although they only had a short life by railway standards, the Class 365s were universally popular with those who travelled on them regularly, including myself. I was determined to save one from the scrapyard” added Howard Johnston.

Matthew Plews, Managing Director of the EKR said “We are grateful to Eversholt Rail and Howard Johnston for choosing us, and we will look after it well. Some of the Class 365s started their working lives in the South East, so the East Kent Railway is a most appropriate place for the last survivor.” The two companies have reached an advanced point in the design and engineering process for a trial of the...