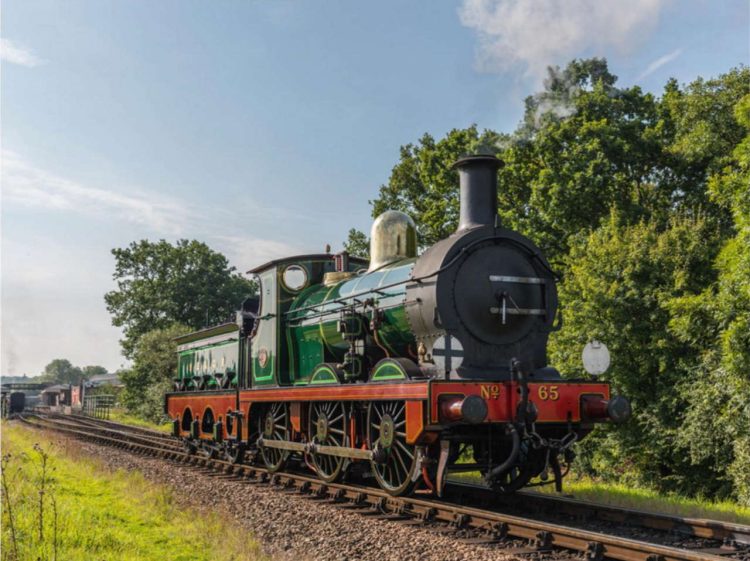 The Bluebell Railway Trust has purchased O1 Class No. 65 from the Lewis-Evans family securing the locomotive for the Railway.

Built in 1896, O1 Class No. 65 is the very last surviving South Eastern Railway locomotive and was rebuilt in 1908 by the South Eastern and Chatham Railway. The locomotive was purchased from British Railways in 1963 by the Lewis-Evans family and was brought to the Bluebell Railway in 1997.

The Lewis-Evans family decided to sell No. 65 during the latter part of 2021 and had hoped that the Bluebell Railway would purchase the locomotive as several other parties were also extremely interested in obtaining it.

The Bluebell Railway Trust are the charity that supports the Railway and purchasing the locomotive means that it is secured with the railway. Three locomotives are now owned by the trust, these include the C class No. 592, the H class No. 263 and now the O1 class No. 65.

All three of the locomotives are a perfect fit for the Railways operations and when coupled with their stock of vintage carriages they create a stunning sight for those visiting the heritage railway. The locomotives are also in high demand for film work.

Terms of the purchase currently have to remain confidential however it has been revealed that the amount paid for the locomotive was considerable due to the historic nature and its worth to the Railway.

An article with comprehensive information about the O1’s history along with information on how people can help with contributions towards the cost of the loco will be published in the near future.