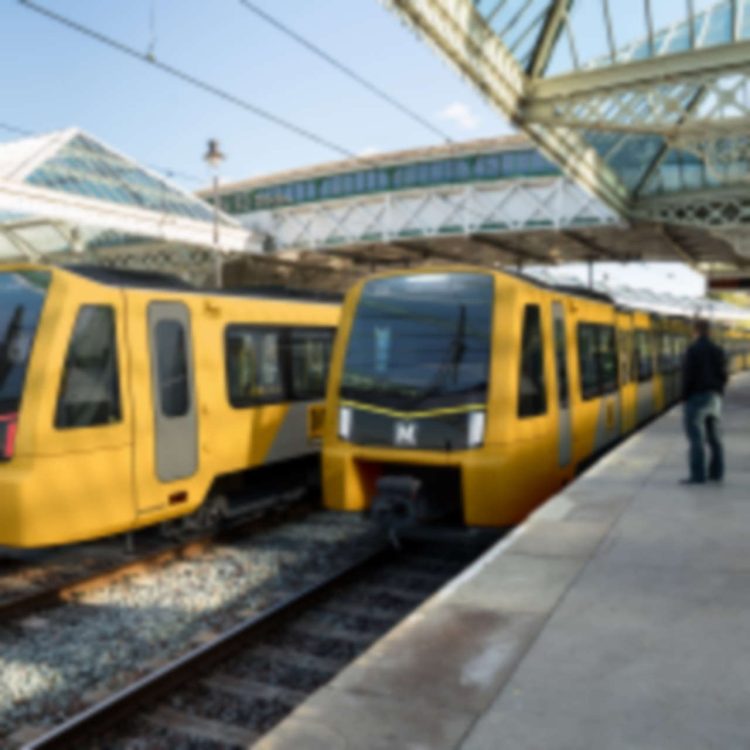 Nexus, the operator of the Tyne and Wear Metro, has announced a major new arts commission for the system’s new £362m train fleet.

The commission will be grant-funded by Arts Council England. It will be the first time in the world that artists have been commissioned to create large-scale works for the interiors of new trains.

Metro’s fleet of 46 new trains are due to enter service from next year.

Nexus has a 40-year heritage in working with funding partners and community organisations to create art and cultural activity on public transport in North East England. They have invited established artists to submit applications to Nexus before 28 February 2022 .

Further details of the requirements and how to apply are at https://www.nexus.org.uk/newmetroart

A decision on which four artists have been selected to create the works will be made by summer 2022.

The finished artwork will be reproduced on the end walls of each new train, facing into the seating areas, where they will be enjoyed by the 35 million customers who travel on Metro each year. The first new train will arrive in North East England at the end of this year and enter service from summer 2023.

Nexus is working with the train manufacturer, Stadler, and Arts Council England, which is funding the selection of the four artists, the time they need to engage with Metro customers, and their creative time.

Stadler’s original bid included scope for graphics to be reproduced on the walls of the trains. The Arts Council England funding means that they will bear the cost for the artists to create them. Stadler will bear the cost of applying reproductions of the finished works to the cab walls during the manufacture of the new trains within its existing contract with Nexus.

Huw Lewis, Customer Services Director at Nexus, said: “We are seeking established artists for a unique opportunity to create new visual works for Metro which will be seen by millions of people as they travel in North East England.

“We believe this is the first time in the world a commission has been launched for large-scale permanent art within a new train, and it builds on our long and proud heritage bringing inspiration to local people’s journeys.

“The design of our new trains has been shaped by the customers who will use them through extensive consultation with more than 23,000 people.  One key theme was that customers wanted to see the end walls brought to life, and with project grant funding from Arts Council England we are able to achieve that.”

“This is a great opportunity for a number of different artists to produce exciting work reflecting the heritage and diversity of the region which will be enjoyed by millions of passengers a year. I look forward to seeing how the project develops and to seeing the artwork on the trains in person!”

Stadler is building 46 new Metro trains for Nexus, which will be delivered up to 2024. They will be responsible for servicing and maintaining these trains for 35 years, and are also in the process of building a new £70m Metro depot at Gosforth as part of the new fleet project.

The new trains, which will be 15 times more reliable and will cut energy consumption by 30%, will have modern features including improved internet connectivity, charging points, air conditioning and a step-change in accessibility. A train driver on the Tyne and Wear Metro who has his own YouTube channel about the new...

Four artists to create major pieces for the interior of the Tyne and Wear Metro’s £362m new train fleet.