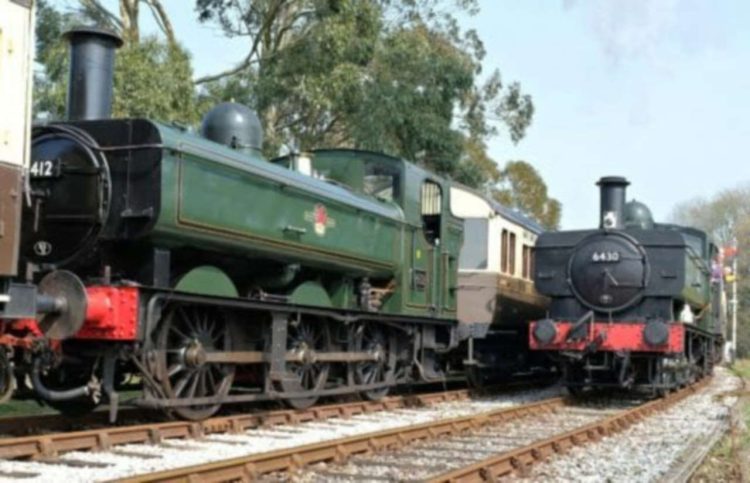 The loco has been at the SDR undergoing contract repairs. However, an agreement has been reached with its private owner that once the repairs have been completed it can stay at the railway. It will therefore be based on the SDR for the rest of its current 10-year boiler ticket, which expires in February 2025.

6430 is no stranger to the South Devon Railway, as it was originally bought by the Dart Valley Railway (DVR) as a source of spares for sister locos 6412 and 6435. It finished its life as a British Railways loco at St. Blazey shed in Cornwall, after sojourns at various sheds in south Wales and at Plymouth Laira.

In 1966 it was towed from the John Cashmore scrapyard in Newport to the DVR by 6412. The locomotive was sold on in 1989 and restored by owner Hugh Shipton, although many parts for the locomotive had to be specially made as they had been stripped off and used to keep other locos going. 6430 first returned to steam in 2003, and the locomotive is now in its second “ten-year” boiler ticket and was based at the Llangollen Railway until it moved to the South Devon Railway for the repairs to be completed.

Since returning to steam, the loco has visited the SDR on a number of occasions. It is a popular locomotive and well-suited for use on the branch.

Sister locomotive No. 6412 is still at the SDR, and many people are looking forward to seeing the two locos together again over the coming years.

The contract repairs to 6430 were completed during December and successful test runs were carried out on Christmas Eve. Its first use on SDR services will be during the Winter Steam Gala, billed as “Mince Pies, Manor and More” where it will star alongside visiting locomotive No. 7820 Dinmore Manor and the SDR’s own 0-6-0 Pannier Tank No. 1369.