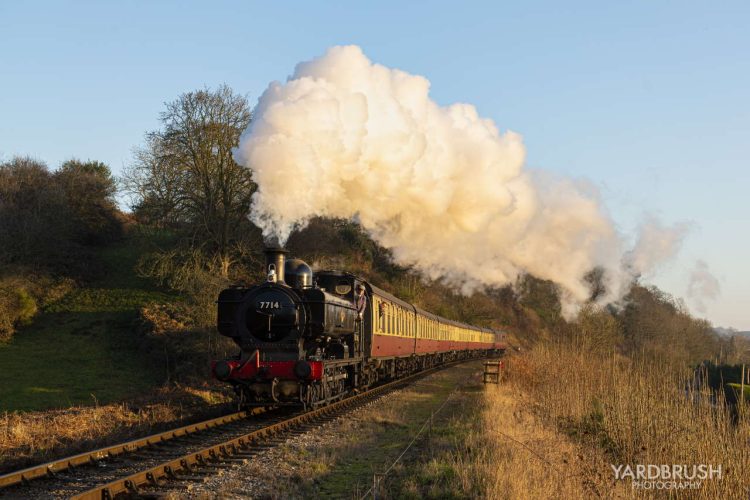 The Severn Valley Railway has announced that it has launched a new competition to find a new name for one of its steam locomotives.

The new temporary name is in honour of The Queen’s Platinum Jubilee, which takes place next year.

Suggestions for a new name will be put together before being dwindled down to a shortlist so that the public can vote for a winner.

Celebrations to mark the 70th anniversary since Queen Elizabeth II took to the throne will take place, focusing around a four-day bank holiday from Thursday 2nd until Sunday 5th June.

Meanwhile, the 2022 Commonwealth Games take place in Birmingham between the 27th July and 8th August, with more than 5,000 athletes taking part from 72 nations.

“What we’re looking for is something that sums up the best of British,” explained Michael Dunn, head of visitor experience.

“Not only will the Railway be proudly celebrating The Queen’s Platinum Jubilee next year, but just a few miles up the road, Birmingham 2022 will see the Midlands highlighted as the venue for the Commonwealth Games. One thing’s for certain, 2022 is going to be a very special year.”

“Entering our competition is easy,” add Michael. “Just go to svr.co.uk and enter your details before the closing date of 7th February. We’re asking for entries with a maximum of 13 characters to fit on the new nameplates. At this stage, we’re not revealing which of our locomotives is going to be renamed, so look out for further exciting announcements in the coming months.” The Severn Valley Railway has announced that their purple locomotive is set to haul its first trains this...