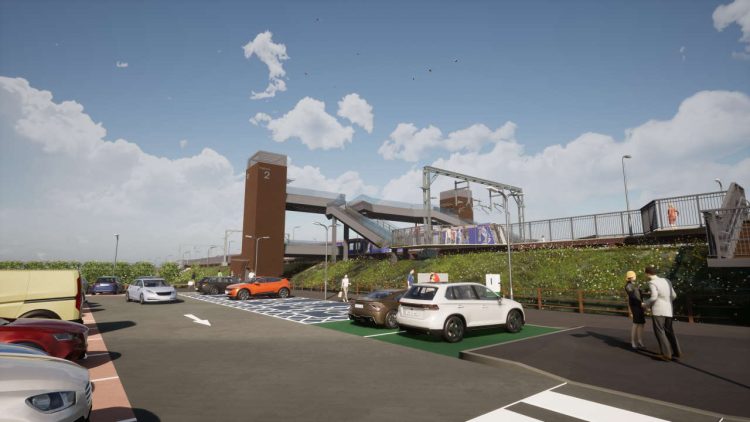 The new East Linton station is undergoing preparation work before its construction begins and will mean trains will be able to call at the village for the first time since 1964.

Preparation work is now underway setting up access roads and a site compound to support the ongoing development which will take place over the next year. The next stages will see marking out, clearing and levelling the site of the new East Linton station.

Work on the station itself will begin during the early part of 2022 and will see the building of a two-storey platform station on the East Coast Mainline with provision for 126 car parking spaces. Lifts and a footbridge will connect both platforms making the station fully accessible.

The new station will bring a connection to Edinburgh Waverley and will support local economic growth and will provide excellent new links for public transport giving residents the ability to access and expand their range of employment, education and leisure opportunities.

The original East Linton station was opened in the village during 1846 with the last passenger services operating in 1964 as the station was listed in the first Beeching report for closure.

PJ Trainor, Network Rail’s project manager for the East Linton station development said: “The start of preparatory work ahead of the construction of the new station in East Linton

“Getting on site and literally clearing the ground for the new development is a significant step-forward for the project and one which brings us closer to the construction activity and ultimately the re-opening of the station itself and all the opportunities it will bring to the village.

“And while it is exciting to look forward to delivering the station, the construction itself represents a challenge for the project team and one which we are fully aware will cause disruption and inconvenience for the community in the short-term.

“Our commitment is to do what we can to minimise disruption throughout the work and fully engage with the local community to let them know what is happening, when and what it will involve in terms of potential inconvenience.”