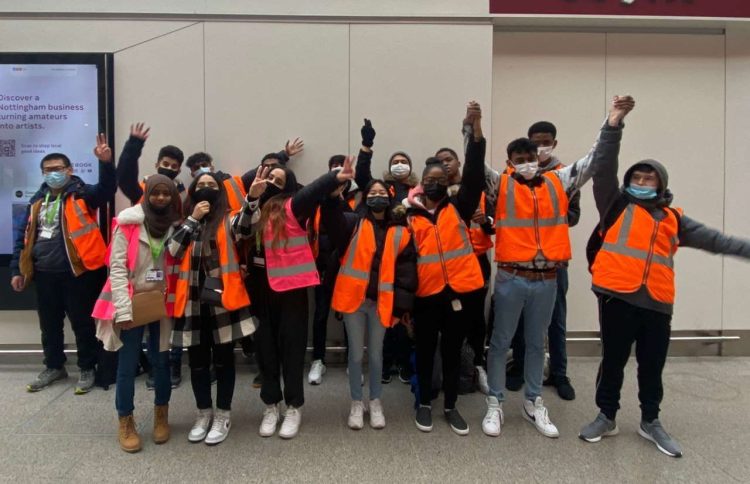 East Midlands Railway have been working with a group of teenagers in a bid to support them in using the network to tackle social isolation and improve their access options.

Part of a project between the National Citizen Service and the Poacher Line Community Rail Partnership, the initiative has been created to support English students who don’t speak English as their first language and hopes to bring them confidence to travel the rail network and learn how to navigate stations.

The students who attended are from the Nottinghamshire area, learned about travelling by rail and included activities such as buying tickets, reading timetables and finding the correct platform.

The students also went on their first train journey to Skegness, enjoying some fish and chips and team-building exercises on the beach.

As part of the National Citizenship Service programme, the students also helped to finish artwork in Sleaford which is based on its RAF heritage and the skyline of the town.

Siavash who is 18 and originally from Iran, said:

“I found it really useful and I now have the confidence to travel on a train on my own. The trains are more modern than in Iran and less crowded so better to travel on.”

Razim (pictured below) who is 18, and originally from Bangladesh, said:

“Many of the group have never been on a train before or been to a station, so being a part of a project which helps them to understand how to use the network was very rewarding. Breaking down the barriers which stop people using services such as the railway is so important. We don’t want anyone to feel overwhelmed or intimidated when using the rail network.”

“I’m delighted to be able to work with EMR and National Citizen Service to give a worthwhile experience to these students who have never travelled by train. The artwork at Seaford will really brighten up a run down area and I’m really pleased the students could help us achieve this.”