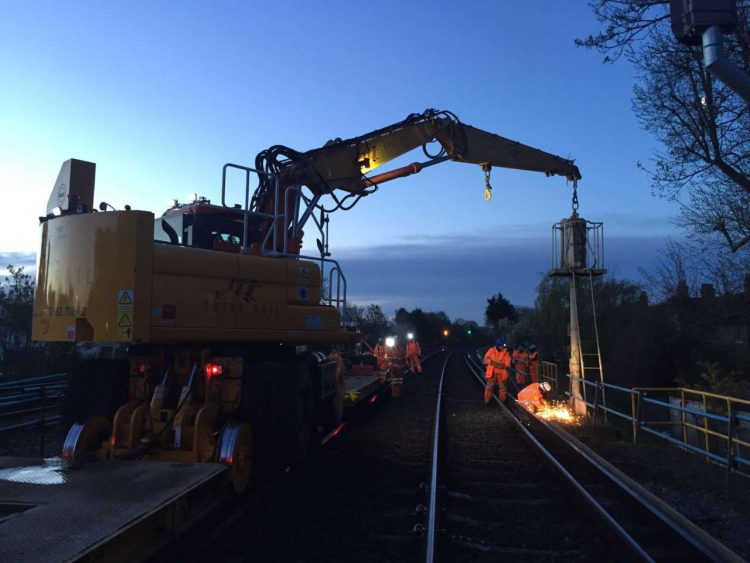 Major improvements are to start in the new year on the railway line between Woking and Portsmouth Harbour with the launch of the Portsmouth Direct Upgrade.

The work will last through to 2022 and 2024, with the majority of work concentrated at Farncombe and Petersfield.

A digital signalling system controlled from Network Rail’s state-of-the-art Rail Operating Centre in Basingstoke will replace the existing signalling, twelve level crossings on the route will be upgraded to make them safer for drivers and pedestrians, and new and improved points and crossings will be installed at Petersfield and Haslemere to allow an increased maximum speed on the line.

Currently, the line from Farncombe to Petersfield is controlled by signal boxes at Farncombe, Petersfield, and Haslemere, but from 2024 a single digital workstation, connected to a computer-based system called Smartlock at Basingstoke, will control that section of the line.

The first major part of the work will see a nine-day closure between Guildford and Petersfield from Saturday, 12 to Sunday 20, February 2022 when engineers will begin preparations for the new signalling, while also carrying out maintenance on track, bridges, level crossings, and drainage systems.

Mark Killick, Network Rail’s Wessex route director, said: “When we’re finished in 2024, this upgrade programme will provide a much-improved railway for customers travelling between London Waterloo and Portsmouth. Large parts of the line are still run in the same way as they were in the 1970s and it’s time to bring the railway up to date.

“There’s never a good time to undertake disruptive engineering work and we will be working closely with our industry partners to minimise the impact on everyone. That said, we have a great deal of work to do between now and 2024, involving weekend and some weekday line closures, so I’d encourage our passengers to plan ahead and look out for more information in the coming months.”

Christian Neill, SWR’s Customer Experience Director, said: “The work taking place on the Portsmouth line marks the start of a huge investment in railway infrastructure which will improve customer journeys for years to come.

“I realise these works will mean disruption for our customers; however, replacement buses will be in operation wherever lines need to be closed and I’d encourage anyone travelling with us to check to see if their journey will be affected. I’d also like to thank our customers for their patience whilst these essential works are carried out.”