Further improvements are being carried out by Network Rail engineers over the Christmas and New Year period for the well-used railway around Lewisham. 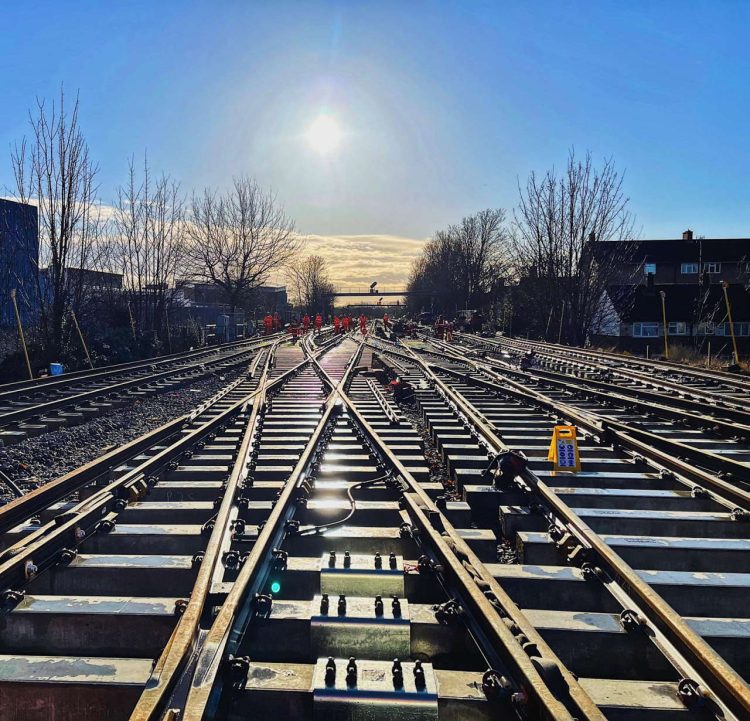 Network Rail are pushing forward with their efforts to provide improved reliability for one of the most congested parts of the railway in London.

Work began on Christmas Eve and will continue into early January with approximately £8 million invested into the essential improvements for the busy area of Lewisham.

During the Christmas and New Year period, passengers travelling in South East London and Kent are being advised to check ahead of travelling due to the work taking place around Lewisham and also because of other work taking place at other locations and will see differing parts of the railway out of action.

Engineers working in the Lewisham area will be replacing sets of points that allow trains to crossover from one track to another. The points swing back and forth hundreds of times each day and play a vital part in maintaining a reliable train service.

Further work will be carried out by Network Rail engineers strengthening earthworks where the railway passes under the M25 near Swanley.  Replacement of worn wooden parts of bridges called ‘wheel timbers’ will also take place between London Bridge and Charing Cross. The wheel timbers provide support to the tracks on metal Victorian bridges that have weight limits and feature a life span of approximately 10 years.

Due to the work being carried out over the Christmas and New Year period, trains through Lewisham will see disruption from Monday the 27th of December through to Monday the 3rd of January 2022 inclusive. The Hayes line will see rail replacement bus services put in place and partial closures will be in action for the Grove Park line from Orpington, and also along the Sidcup line from Dartford.

Network Rail’s route director for Kent, Fiona Taylor, said: “For those of us who work on the railway, or travel on it, rebuilding the railway is as much a Christmas tradition as mince pies and paper hats and I appreciate everyone’s patience again as we get cracking on our latest improvements.

“It’s still a quieter time for passengers and still the best time for us to do major engineering like this, where we have to take lines out of service.”

Southeastern Train Services Director, Scott Brightwell, said: “I’d like to wish all our customers a Merry Christmas and remind them to check before they travel with us over the festive season. Where we are unable to run trains due to the improvement work a replacement bus will be available instead, which shouldn’t add too much extra time to their journey.”