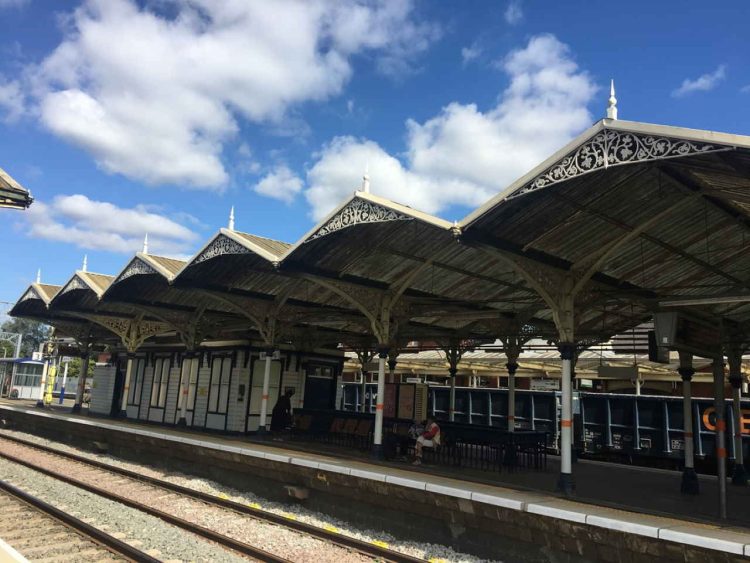 Just a month ago, the Government announced their £96bn Integrated Rail Plan, and now, work is about to start on the next stage of the Midland Mainline Electrification.

The main work to electrify the line between Kettering and Market Harborough will start on the 24th December, and will see the laying of the foundation for the planned upgrade to the line to Sheffield and Nottingham.

The Transport Secretary visited the Leicester Hub of Network Rail Contractors, SPL and saw the wiring gantries being built and met with staff to mark the launch of the IRP.

Work over Christmas will also take place between Manchester Victoria and Stalybridge to speed up electrification and re-signalling as part of the TransPennine Route Upgrade.

Transport Secretary Grant Shapps said:   “Last month, I promised we would get on with delivering the Integrated Rail Plan by Christmas, and that’s exactly what we’re doing.

“Today marks the beginning of a transformation of rail journeys for the Midlands and the North, where we will slash journey times and build better connections between towns, cities and everywhere in between.

“Under our plans, people won’t have to wait two decades for better services. This unprecedented investment will deliver better railways, sooner.”

Silviya Barrett, Head of Policy and Research at Campaign for Better Transport, said: “This is good news for passengers who will benefit from quicker journeys and better connections, and also good news for the planet. Electrifying more of the railway is key to helping make one of our greenest forms of transport even greener.”

Maria Machancoses, CEO of Midlands Connect, said: “It is great to see the government putting the Integrated Rail Plan into action so quickly after the report was released. Extending the Midland Main Line electrification is an early Christmas present to the region and is the first step towards giving the East Midlands the transport infrastructure it deserves.

“Our job now is to build the infrastructure around it with HS2 trains coming to Derby and Nottingham through East Midlands Parkway and our flagship project the Midlands Rail Hub progressing well too.

“Today’s news is testament to local councils, businesses and MPs who have successfully made the case for upgrades on the Midland Main Line for years and the Department for Transport for working with us. Today is a good day for the Midlands as spades start to go into the ground.”

Paul McKeown, investment director for Network Rail’s Eastern Region added: “It’s our pleasure to welcome the Secretary of State to Leicester.  This next phase of electrification will bring real benefits to passengers and the communities we serve in the East Midlands.  Teams will be working throughout Christmas to install the equipment which will carry the electric wires as far north as Market Harborough.” Rail colleagues from across the industry help raise funds for a Northamptonshire Hospice which cared for a sadly...