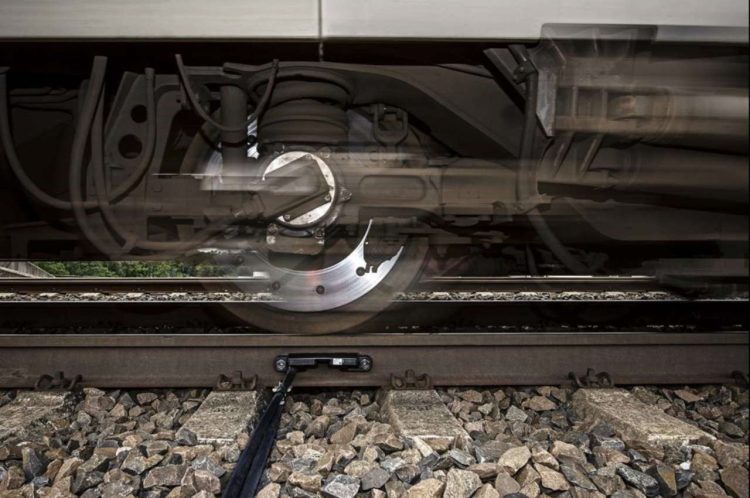 A new contract will see Thales repurpose Network Rail’s train detection system and will lead to the removal of old mechanical treadles in safety-critical sites.

Thales who are based in both the UK and Germany are set to develop and supply Az LX which is a new electronic treadle.

The new contract with Network Rail and will see an eight-year framework that will allow application of the treadle throughout the network including level crossings bringing improved reliability and cutting passenger delays.

The global technology leaders Az LM axle counter has already become an essential and dependable part of Network Rail’s train positioning strategy throughout the UK over the past twenty years.

However, due to issues with the reliability of the aging system, which includes 11,000 trackside electronic and mechanical treadles especially on approaches to level and user works crossings, Network Rail has seen a high number of track closures causing passenger service delays, which are caused by the treadles failing to trigger barriers at level crossings.

In 2020 Network Rail put out a tender specification and framework contract for suppliers to design and supply an improved replacement system.

Treadles use an electromagnetic field across a track to register a passing train and which direction it is heading at a single point in time.  Thales solution to use its tried and tested high fid high-fidelity Az LM unit system, which is made at their Arnstadt site in Germany, and re-work a number of its internal boards to achieve the specification.

Tancred Porteous, Head of Operations for Main Line Signalling at Thales in the UK said: “This contract will make a big impact on Network Rail because we’re tackling a major thorn in their side that prevents passengers from reaching their destinations on time.”

“This is an exciting opportunity for us too. The contract not only confirms Thales’s position as a partner and supplier of train detection systems to Network Rail, but it also adds a new product to our portfolio that potentially has wider applications for European railways.”

Sales Manager at Thales Germany, Sabrina Naussedat said: “To develop a new system would have been complex, expensive and time consuming,”

“Taking an existing product, rather than starting from scratch, reduces development cost and retraining needs for operators and installers. As well as being maintenance free, the majority of its spare parts are common to Az LM, which subsequently reduces through-life costs.

“However, there were challenges; it wasn’t easy to take a high-fidelity system and strip it back for repurposing without changing the underlying performance and reliability of the product.”

Thales will see its UK and German sites collaborate on working trials for the system, financed by Network Rail, ahead of the Az LX’s production and rolled out across the network.