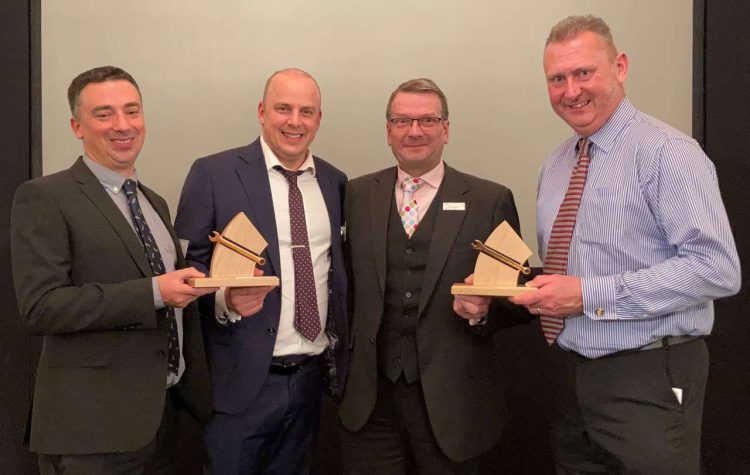 GWR filled their trophy cabinet with a double win at the prestigious annual Golden Spanner awards, including a Gold for its Castle Class HST fleet.

Operating local services between Cardiff and Penzance, the Castle Class HST fleet is maintained by GWR colleagues at Laira depot alongside support from Long Rock and St Philips Marsh.

GWR also received a Bronze spanner for the Ex-BR Diesel Multiple Units category for their Class 165’s which are maintained by Reading and St Philips Marsh depots.

“This is a fantastic achievement and reflective of the hard work and commitment by everyone in engineering at the respective depots, Control and HQ.

“We’re extremely proud to be the first winner of a Gold Spanner for Most Reliable HST and that’s testament to the teams at Laira, Long Rock and St Philips Marsh depots.

“Success in the Golden Spanner Awards is not just down to our engineering teams, but to everyone who works so diligently within GWR to ensure the reliability of our train performance.”

The awards saw over 300 representatives from right across the industry come together at the Grand Connaught Rooms in London for the in-person event. 2020 saw the events held online due to the pandemic.

At the event, attendees were treated to after-lunch speaker Bill Reeve who is Director of Rail at Transport Scotland, and saw him looking back on experiences north of the border and also laying down a challenge to the rolling stock community to deliver improvements, before Roger Ford of Modern Railways Magazine’s Industry and Technology Editor reveal the winners.

At the awards, three categories of trophies are given: Gold for best in class, Silver for most improved over the last year, and Bronze for the fastest average recovery time following an incident. The figures key to getting an award are calculated using Miles per Technical Incident (MTIN) Moving Annual Average data, a TIN being recorded where a train is stopped for three minutes or more due to a rolling stock issue. Trains are also split into categories based on age and type.

“With declining numbers of ex-British Rail intercity trains, this was the first year that a Golden Spanner was awarded for Most Reliable Intercity 125. GWR’s Castle Class took the new trophy following a very impressive 42% improvement in reliability.

“The Bronze spanner in each category is awarded to the fleet which causes the least delay following a failure. This reflects what the passenger experiences and is down to the training of the train crew and the quality of the technical back-up. GWR’s Class 165 fleet’s performance is one of the best on the whole network.”